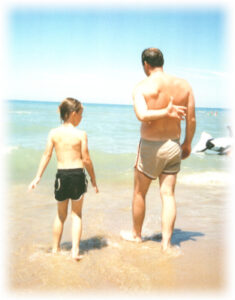 Jack D. Ross, 56 died following a tragic illness early Friday morning, May 19, 2006.
Jack was born on March 3, 1950 to Wayne and Lucille (Burkholder) Ross. He was raised on a farm near Walkerton, Indiana and graduated from John Glenn High School in 1968. He then attended Tri-State University.
He married Jana Smith in Breckenridge, Colorado in 1974. He worked as an iron worker and a welder for Koontz Equipment and also ran a small business manufacturing archery products.
He was preceded in death by his son, Jonathan Ross and his mother Lucille Ross. He is survived by his wife, Jana Ross; his two sons, Brian Ross and Andrew Ross; his father Wayne Ross; his brother, Vern Ross; and three sisters, Marilyn Skiles, Judy Macy and Myra Farmer.
A graveside service will be held at 10:30 a.m. Monday, May 22nd in the Tyner Cemetery, Pastor Robbie Keck of the First Brethren Church of Teegarden will officiate.
In lieu of flowers, the family requests that memorial contributions be made to the Northern Indiana Alzheimer’s Association, 922 E. Colfax Avenue, South Bend, Indiana 46617.