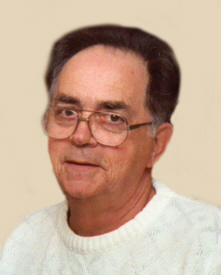 Jack Monteleone, 76, formerly of Beechwood Drive in Plymouth, passed away at 11:40 p.m. on Friday, June 6, 2014 in the Catherine Kasper Life Center, Donaldson.
Born in Bronxville, New York on January 21, 1938, Jack was the son of Joseph and Ann (Bryzowski) Monteleone. He graduated from Pleasantville High School in New York with the class of 1956. Right after high school, he enlisted in to the U.S. Air Force in June as an airplane mechanic. Jack was honorably discharged from the Air Force on June 26, 1960.
On May 23, 1959 in Plymouth, Jack took Joan Marie Masterson to be his wife.
Jack worked for Sealed Power from 1966 – 1991 and for Zimmer from 1991-2000 as a machinist until his full retirement in 2000. The couple loved traveling extensively together, visiting 47 states, including Alaska. He treasured times spent with family, and enjoyed photography and woodworking.
Jack is survived by his wife of 55 years, Joan, and their three children: Julie (Rodger) Cowen of Plymouth, Michael (Janelle) Monteleone of Puyallup, WA, and Richard (Dara) Monteleone of Conroe, TX, as well as, 4 grandchildren and 2 great-grandchildren.
He was preceded in death by his parents and his dog Dawson.
Visitation will be from 5 – 7 p.m. on Tuesday, June 10, 2014 in the Johnson-Danielson Funeral Home, 1100 N. Michigan Street, Plymouth. Funeral services will follow in the funeral home at 7:00 p.m. officiated by Fr. John Korcsmar C.S.C.
Private family burial will be in the Oakhill Cemetery.
Memorial contributions can be made to the Catherine Kasper Life Center or MoonTree Studios, P.O. Box 1, Donaldson, IN 46513.