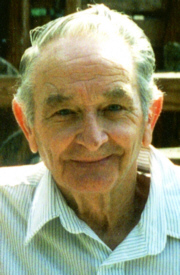 Jack O. Miller, 83 and a resident of 9th Road, passed away in his home of natural causes on Monday, April 6, 2015.
Jack Miller was born on April 21, 1931 in Culver, Indiana to Bernard “Mike” and Grace (Clemens) Miller. He graduated from Culver High School with the class of 1949.
Jack enlisted into the U.S. Navy and served our country aboard many ships until his Honorable Discharge in 1954.
In Plymouth on July 23, 1955, Jack would take as his bride Carol L. Voreis.
He would work for the Dean’s Milk Company and then for Bomarko Inc. in Plymouth. Jack would then decide to become a self-employed farmer and dairy farmer.
Jack and Carol were in a bowling league in their younger years. They also would take summer trips to Michigan and camp in their trailer, where he would fish every day that he could. He also enjoyed crossword puzzles and attended the Union Church of the Brethren in Plymouth.
Jack is survived by his wife of 59 years, Carol of Plymouth, and their children: Linda K. (Allen) Jones of Argos and their children, Jason (Alysha) and Brent (Courtney), both of Plymouth, Glen M. Miller of Plymouth, and Diane M. (Marc) Hayden and their children, Danielle, Zachary and Vince, all of Plymouth. Also surviving are his great-grandchildren, Caleb, Colin and soon-to-be Kolton, and his sister, Jane VanHulle of Granger.
He was preceded in death by his parents.
Visitation will be from 5-8 p.m. on Friday, April 10, 2015 in the Johnson-Danielson Funeral Home, 1100 N. Michigan Street, Plymouth.
Funeral services will be at 2:00 p.m. on Saturday, April 11, 2015 in the funeral home.
Burial will be in the Burr Oak Cemetery.
Memorial contributions can be made to Center for Hospice Care 112 S. Center St. Plymouth IN 46563 or the Union Church of the Brethren 10483 State Road 17, Plymouth, IN 46563.