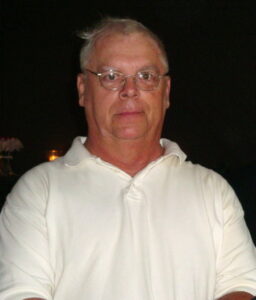 He attended Plymouth High School graduating with the class of 1974 and lived in Wakarusa for the last several years. After graduating high school, Jack enlisted in the Army as a heavy wheel mechanic serving in Hawaii.

Jack was a hard worker serving as a lifelong truck driver hauling FEMA trailers and mobile homes. Jack cared deeply about his family. He had a laugh that could fill a room. He was known in the family for his famous Mac and Cheese and could always be counted on bringing it to the family gatherings. Jack enjoyed playing cards, fishing, going to tractor pulls, and attending country music concerts. He was an avid Nascar fan and would often enjoy watching races while conversing over the phone with his brother about the race.

Jack was known as a stubborn man that had a heart of gold. He was always a steady presence always keeping his word on anything that he set his mind to. When he was on the road driving, he would call his brother Dan to “check in really quick” and the conversations would some times last for an hour or longer.

His legacy will live on in his siblings. Never take life for granted and always make time for your family.

He is survived by his brother Dan Cooley of Milford, IN; sister JoAnn (Bill) Martin of Bourbon; as well as several nieces and nephews.

Visitation will be held on Saturday, May 7, 2022 from 11-1 pm at the Johnson-Danielson Funeral Home, 1100 N. Michigan Street, Plymouth. Funeral services will immediately follow with Life Celebrant James Smart officiating with military honors rendered by the U.S. Army Honor Guard and the Plymouth Am. Legion Post #27.