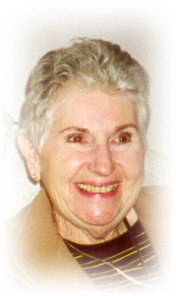 Jacqueline L. (O’Keefe) Kubley, 74, of Orkney Dr. died in her home at 5:40 a.m. Sunday after a brief illness. She was born November 22, 1929 in Plymouth, IN to Edgar and Juanita (Clizbe) O’Keefe. On February 2, 1949, she married Jacque J. Kubley who preceded her in death May 16, 1976. Jackie is survived by a son, Jacque E. Kubley of Bloomington, IN, two daughters, Teresa (David) Betz of South Bend and Bridget (Dale) Hathaway of Honolulu, HI. She is also survived by eight grandchildren, Wendy (David) Betz Chapman and Stephen Betz of South Bend, Andrew (Asako) Betz, Denver, CO, Jacob Sims, U. S. Army, Alicia and Julian Kubley, Bloomington, Lydia and Emma Hathaway, Honolulu and by one great-grandson, Corin Chapman, South Bend.
While raising her three children, Jackie returned to college and received her Bachelor of Education from IUSB in 1969 and her Master of Education from IUSB in 1972. She taught for the South Bend School Corporation at Hamilton, Lincoln and Harrison before retiring in 1994. Jackie enjoyed spending time with her family and friends, collecting dolls and antiques and reading. She traveled extensively through the world; her trip to Africa being her most memorable.
Jackie was an active member of St. Paul’s Episcopal Church in Mishawaka and the Episcopal Diocese of Northern Indiana Church Women’s Board. She was also in the Northern Indiana Cursillo Community, Wythougan Doll Club and the United Federation of Doll Clubs.
Visitation will be from 5 to 8 p.m., Tuesday, at St. Paul’s Episcopal Church, 616 Lincolnway East, Mishawaka. Funeral services, officiated by the Rev. David Ottsen, will be at Church on Wednesday, at 10 a.m. Graveside services will take place at 2 p.m. Wed. in the Oakhill Cemetery, Plymouth. Memorial contributions may be made to the Church or to the Hospice of St. Joseph County.