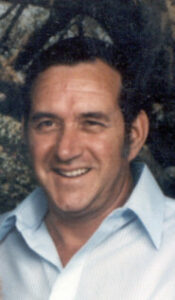 James A. Abair, 65, lost his long battle with cancer at 4 a.m. on Tuesday, September 28, 2004. Jim died at his home, 3756 N. Michigan St., Plymouth, with his loving family by his side.
Born in Plymouth on October 4, 1938, the son of Russell and Luella Powers Abair, Jim attended local schools.
He served in the United States Air Force as a jet mechanic.
On July 14, 1958, in Midland, Texas, he and JoAnn Herring were married. A devoted husband, he lived for his wife and family.
Jim was employed by McCords Corp. for 19 years, working there until they closed. He then worked in the maintenance department at Swan Lake Golf Course and also maintained the motel, and upkeep on the swimming pools.
One of his hobbies was building miniature lighthouses. A life long mechanic, he had a lasting love of air planes and enjoyed attending air shows. A member of the Marshall County Church of Christ, Jim was formerly active in the Plymouth Moose Lodge, # 741 and, for 5 years, worked with the Civil Defense team.
Jim is survived by his wife, JoAnn and by their three daughters, sons-in-law and grandchildren. They are: Nancy and Kurt McMillen and their children: Joseph Lee Bailey, Jesse Ray Bailey, Holly Ann Starkey, Janelle Mary McMillen, Jennifer Brook McMillen and Heather Sue McMillen; Sabra and Ed Schneider and their daughter Haley Hostetler and Cindy and Mike Krakowski, all of Plymouth.
Two great-granddaughters survive as well. They are: Skye Bailey Robinson and Cora Marie Drach.
Three brothers and four sisters also survive. The brothers are: Robert, Harold and Gerrold Abair, Plymouth. His sisters are Frances Menzel and Rosemary Harner, both of Bremen, Dorothy White, Plymouth and Violet Wicks, LaPaz.
Several nieces and nephews survive also.
Jim was preceded in death by his parents and by a great-grandson, James Allen Drach. Two brothers have also died: They are Russell Abair, Jr., who died in W.W. II and Chester Abair.
Visitation with his family to celebrate Jim’s life, will be held in the Johnson-Danielson Funeral Home, 1100 N. Michigan St., Plymouth, on Thursday, September 30, 2004, from 4 to 8 p.m.
Funeral services, officiated by Art Adams and Byron Henbest of the Marshall County Church of Christ will be held in the funeral home on Friday, October 1, 2004, at 11 a.m.
Military graveside services will be accorded to Jim by the Plymouth VFW Post 1162 in New Oakhill Cemetery.
Memorial gifts in Jim’s memory may be made to the March of Dimes or to the Marshall County Hospice.