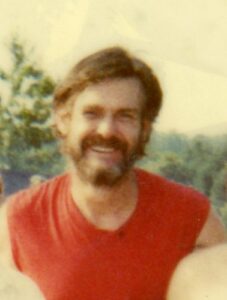 James was born in Omaha, Nebraska on April 11, 1947, to Carl Herbert and Mary Zell (Harris) Werb. He graduated from Knox High School and went on to get his associates degree in Industrial Technology, focusing on diesel mechanics.

On October 12, 1982, in Plymouth, James married Frances L. (Haddix) Werb. The two would raise two boys and while they would part their ways, they would remain even better friends as their family expanded.

A skilled diesel mechanic, James worked many years at many places sharing his skill with others. Some would include: the truck-stop in Grovertown, JDH in Plymouth, Franklins Scrap and Waste in Plymouth, Hopple Excavating, T & T Farm in Star City and Haddix Tree Service.

Outside of work, James taught his sons all they know about cars. He loved being with his family and was the grandpa that they could always talk to and tell anything to. He was loveable, blunt, and argumentative; a trait some of his grandchildren have perfected. James enjoyed fishing with his grandchildren and boys and loved motorcycles. He rode with the Hell’s Angels, Chosen Few and Death.

James was preceded in death by his parents.

A Celebration of Life will be held at a later date.