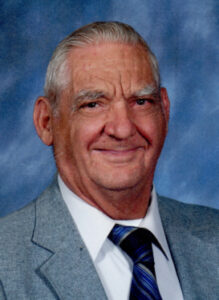 James Andrew Wieger, 81, passed away at Pax Villa Hospice in McAllen, Texas on Tuesday at 5:15 P.M. He was staying in Texas to be close to family but was a Plymouth resident for many years.
James was born in South Bend on March 2, 1933 to Joseph and Mary Magdalene (Kallinger) Wieger.
On November 3, 1956 in St. Mary’s Catholic Church, South Bend, he married E. Maureen L. Short the love of his life. They would remain married until her passing on June 23, 2006.
James was employed by the Bendix Corporation as a machinist for 35 years until his retirement in 1988. He liked to go bowling and won many trophies over the years for his bowling skills. He also loved to spend time fishing with his family.
James attended House of the Lord, Plymouth where he served as a doorkeeper and helped in the food pantry.
James is survived by a daughter Ellen M. Brewer of Walkerton, Indiana, three sons and one adopted son, James W. Wieger of Grovertown, IN, Thomas E. Wieger & Tony Ruiz, of Mission, Texas and Philip A. Wieger of North Liberty, IN and five grandchildren and five great-grandchildren.
James was preceded in death by his parents, his wife and a son Tony Wieger.
Visitation will be held on Sunday, February 15th from 1 – 3 p.m. in the Johnson-Danielson Funeral Home, 1100 N. Michigan St., Plymouth. Services will begin at 3 p.m. following visitation in the funeral home with Pastor Stephen Patrick presiding.
A reception with a light lunch will follow the services in the funeral home.
Burial will be in the Oakhill Cemetery, Plymouth.
Memorial gifts may be given to the Donor’s Choice.