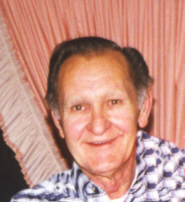 James D. “J.D.” Taylor, 73, died of natural causes, at 5:02 p.m. Thursday, June 8, 2006 in the Parkview Whitley County Hospital – Hospice Care.
A former Illinois resident, J.D. has lived at 435N 1200E, Knox since 1984.
Born in Kentucky on September 11, 1932, J.D. is the son of Joseph and Audra (Allen) Taylor.
On April 12, 1971, in Harvey, Illinois, he married the former Betty L. Skeens.
A man who truly cared for others, he was a dedicated 22 year employee of the Thomas Madden Construction Co. of Carol Stream, Ill. serving as a truck driver. He was a member of the Teamsters Local 731. He enjoyed working on cars, gardening and working out doors. His greatest joy was being able to baby sit his grandchildren.
J.D. is survived by his loving wife Betty and two daughters; Trena D. Stough of Plymouth and Jewell L. Earnest of Culver along with two adoring granddaughters: Shawna and Sherry, and great grandson, Trent. A sister, Doris Riddle of Knox also survives.
Preceding in death were his parents, infant son; Jewell D. Taylor and grandson Steven Earnest II. Three sisters; Shirley Sanders, Maxine Houchens and Christine Turner and a brother Joe Taylor have also died.
In accordance with his wishes, cremation will take place and a simple committal service will be held on Wednesday, June 14th at 11 a.m. in the New Oakhill Cemetery Chapel. Family friend Rev. Jim West will officiate and burial will follow. Memorial gifts may be made to the Parkview Home Healthcare & Hospice – Whitley County Chapter, 240 S. Jefferson, Suite C, Huntington, Indiana 46750.