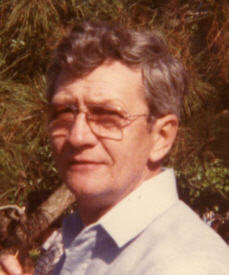 James E. Ambrose, 77, a Plymouth resident for several years, passed away at 11:30 a.m. on Saturday, December 14, 2013, in Miller’s Merry Manor, Plymouth. The son of Gus and Lucille Ambrose, James was born on August 17, 1936 in Ober, Indiana. He was a member of the 1955 graduating class of Knox High School.
On July 19, 1958, James and Judith A. Libby were married in LaPorte.
James had worked as a line supervisor for Unimag, making magnets until his retirement.
He enjoyed sports, especially the Cubs and Bears. He was on a bowling league and had played fast pitch softball in his younger years for Precision Pallets.
James is survived by Judith, his wife of 55 years; two sons: Jerry L. (Kelly) Ambrose of Plymouth and Jim G. Ambrose of Muncie; five grandchildren: Brian (Abbey) Ambrose, Whitney Ambrose, Erica Ambrose, Jared Ambrose and Dexter Ambrose; two great grandchildren: Noah and Samantha Ambrose and a sister: Elsie (Bob) Shedrow of Knox.
He was preceded in death by his parents and two brothers, Dan and Thomas.
Friends may visit with James’ family from 3 to 7 p.m. on Thursday, December 19, 2013 in the Johnson – Danielson Funeral Home, 1100 N. Michigan Street, Plymouth. A Celebration of James’ Life, officiated by his family will be held immediately following visitation at 7:00 p.m. Thursday in the funeral home. A private burial will be held at a later date.
Memorial gifts in James’ memory may be given to the American Heart Association, 208 E. LaSalle, Suite 900, Chicago, Illinois 60604.