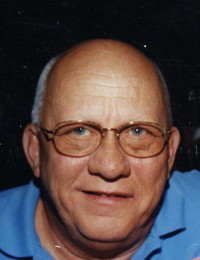 James E. Bain, 78, of Plymouth, IN passed away on August 25, 2020 at home surrounded by his family. Born in Logansport, IN on January 8, 1942, Jim was the son to Hugh (Scotty) and Mary (Smith) Bain. He graduated from Logansport High School with the class of 1959. He married Jeanette Pownell on July 15, 1962 in Logansport, IN. Jim was the owner and “CEO” of Bain Equipment Company for 30 years selling, installing and repairing dock levelers, dock seals and rack systems for the manufacturing industry in Northern Indiana, retiring in 2005. He was very loyal to his clients and they returned that loyalty due to his unwavering commitment to quality and always being a “man of his word”.
For the past 15 years, he and Jeanette would spend their summers in Plymouth and winters in Florida biding time between his “favorite” daughter in Plymouth and “more favorite” son in Florida. Jim had a great sense of “warped” humor and loved to tell jokes that were often “too soon” that he proudly passed down to his son and daughter who, as part of his will, inherited edit rights to his obituary.
Jim was the ultimate handy man and there really wasn’t anything that he couldn’t build or fix. Anybody that needed help, he was always willing to grab his tools and lend a hand. If it required slotted angle, he would “over engineer” a solution to make it worthy of surviving a tank blast. If you were ever on the receiving end of Jim’s handy work, you better hope that you never have to take it back apart without having a saws-all or a few sticks of dynamite.
Every morning for years, he would meet with a group of men in Plymouth for coffee before starting his workday. Jim could always command a crowd, whether it be his friends or family, and tell stories that typically involved a punch line or had some sort of over-exaggerated “random useless fact”. He enjoyed fishing, playing card and dice games and billiards (plus a multitude of other superfluous activities that can’t be put in print), but most importantly he loved to spend time with his children and grandchildren attending all of their sporting events, band concerts and graduations. He is survived by his wife of 58 years, Jeanette of Plymouth; his children, Kelly (Gene) Skirvin of Plymouth and Scott (Carol) Bain of Wesley Chapel, FL; grandchildren, Evan (Kayla) Skirvin, Hayden Skirvin, Payton Skirvin, and Katlyn (Jordan) Hughes, Kelsey Bain (Stephen Taylor) and Zackary Bain; and brothers, Rick (Chris) Bain of Baltimore, OH and Hugh (Kris) Bain of Brownsburg, IN. James was preceded in death by his parents. A celebration of life will take place at a later date. Memorial contributions can be made to the American Heart Association: www2.heart.org.