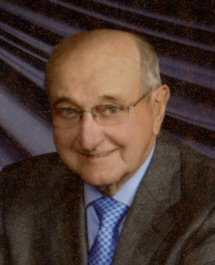 James E. â€œBrownieâ€ Brown passed away suddenly of natural causes in his home on Tuesday morning, March 7, 2017.
Brownie was born at home on May 1, 1938 in Warren County, Indiana to Clem A. and Olive E. (Watson) Brown. He attended the Williamsport School System and graduated high school with the Class of 1956. He was very active in all sports as well as the music program, and was voted Prom King his senior year. After graduation, Brownie became a Boilermaker at Purdue University as a catcher on the baseball team. While at Purdue he earned a Bachelor Degree in Education in 1960. He also served in the Naval Reserves.
In 1962 he took a teaching position in Biology at Plymouth High School. He would soon become smitten with a little spitfire of a gal by the name of Dee Girten and the two were married in Plymouth on February 10, 1965. Together with their families and friends they have experienced 52 fun filled years.
Brownie was great at sales. He first worked with the RV Industry as a sales representative but soon became self-employed selling various products through the years. Brownie has never ceased to follow Purdue sports as well as all Plymouth sports including traveling to any and all of his children and grandchildrenâ€™s events. He enjoyed hunting with family and friends. An entire family cruise four years ago was one of his greatest joys. He played golf, tended a large vegetable garden, fed the birds and often took long walks in the park.
Brownie enjoyed Bridge parties, playing the game Casino with college mate Harold May and was known to be a sore loser. He simply loved children everywhere and anywhere. He and Dee worshiped at the Plymouth Wesleyan Church. He was also a member of the Phi-Delts and the Plymouth Gun Club.
He is survived by his loving wife Dee and five children: Michael & Theresa Brown of Sellersburg, IN and children: Aaron & Malinda and Amanda & Dan, David & Sherry Brown of Williamsport, IN and children: Chris & Cynthia and Emily, Scott & Jacqueline Brown of Lafayette, IN and children: Lauren and Rachel, Angi & Tim Eads of Plymouth and children: Alex & Amy, Hannah & Brandon and Elliot, and James Edward â€œTedâ€ & Carol Brown Jr. of Plymouth and children: Taylor and Jordan; 6 great-grandchildren: Damian, Jadeyn, Tristian, Jaxtyn, Isabella and Natalia. Also surviving are two brothers: Richard & Jean Brown of Lafayette and William & Theresa Brown on Phoenix, AZ, as well as, numerous nieces and nephews.
Friends may visit from 3-7 p.m. on Friday, March 10, 2017 in the Johnson-Danielson Funeral Home, 1100 N. Michigan Street, Plymouth.
A Celebration of Life service will be held at 11 a.m. on Saturday, March 11, 2017 at the Plymouth Wesleyan Church, 11203 Michigan Road, Plymouth. Revs. Oliver Dongell and Ed Friberg will officiate. Calling will continue one hour prior to services in the church. A luncheon reception will immediately follow in the church fellowship hall.
In lieu of flowers, memorial contributions can be made to The Plymouth Wesleyan Childrenâ€™s Ministry, 11203 Michigan Road, Plymouth, IN 46563 or the Plymouth High School Athletic Department or Plymouth High School Music Program, 1 Big Red Drive, Plymouth, IN 46563.