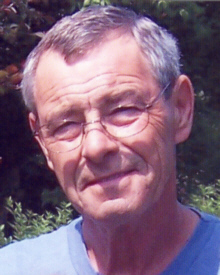 James E. Hill, 65, a Fairfield, Ohio resident for the past 20 years coming from Plymouth, passed away at Hospice House of Hamilton Ohio on Monday December 16, 2013.
The son of Ralph and Elsie Hill, Jim was born January 8, 1948 in Plymouth, Indiana.
On April 17, 1971 Jim and Susan Elliott were married in Toto, Indiana.
Jim worked for ABF Freightways for many years until his retirement. He also served in the Navy during the Vietnam Era.
He enjoyed remodeling houses and restoring old cars. He really enjoyed walking his dog “Ringo” in the park.
Jim is survived by his wife Susan of 42 years; one daughter, Schoreen (Craig) Miller of Plymouth and son, Robert Hill of Fairfield, OH; seven grandchildren and one great-granddaughter. Also surviving are a sister, Sue (James) O’Brien and a brother, Richard S. Hill.
He was preceded in death by his parents and a brother, Joseph Bailey.
Visitation will be from 12:00 – 2:00 p.m. EDT on Saturday, December 21, 2013 in the Johnson-Danielson Funeral Home, 1100 N. Michigan Street, Plymouth.
Private family services will be held.
Memorial gifts in Jim’s memory may be given to the Center for Hospice Care, 112 S. Center Street, Plymouth, Indiana 46563.