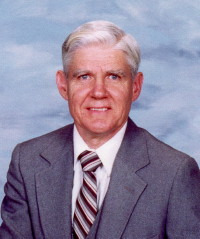 James Elmer Keller, 93, went to be with his Lord on Friday, October 16, 2020 at 9:43 a.m. in Northlake, Texas.
James was born on June 22, 1927 in South Bend, Indiana to the late Goldie (Micaels) and Elmer Keller. He graduated from Tyner High School in 1945. He proudly answered the draft following high school and served for two years in the U.S. Army.
He was employed by Studebakers for 17 years till they closed their doors, leading him to Chicago for a degree in radio and television at DeForester Electron School in 1950. There he met the love of his life, Evelyn R. Russell, at American Canning Company. They would marry on October 21, 1951 in Teegarden, Indiana with a home wedding, and then residing near US 6 and US 31. He would work for A.M. General in Mishawaka for 30 years as an electrician before his retirement in 1996.
James enjoyed gardening, traveling, and serving his neighbors. Before moving to Texas to be near his daughter, grandchildren & great grandchildren, he was a member of Lakeside Baptist Church in Lakeville.
He is survived by his daughter: Kathleen (Hank) Gamez of Northlake, TX, and son, David (Bonnie) Keller of Bristol, IL; 6 grandchildren, 13 great-grandchildren. As well as an honorary son & daughter: Butch & Paula Stokes. James was preceded in death by his siblings: Bob, Vivian, John, Jerry and Janice, & Jack; and a grandson, Joshua.
Funeral Services will be held on Friday October 23, 2020 at 12 p.m. at Johnson-Danielson Funeral Home, 1100 N. Michigan Street, Plymouth with Pastor Mike Poole officiating.
Burial will be in the Southlawn Cemetery in South Bend, Indiana with Military Honors.
PLEASE NOTE: For your protection, the entire funeral home staff will wear masks. It is mandated that family members and their guests do so as well.