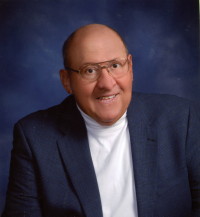 James Allen, 85, passed away peacefully on Thursday, March 12, 2020 at Pilgrim Nursing Home, Plymouth.
James was born November 22, 1934 in South Bend, Indiana to Charles Willard and Jessie Allen (Kneale).
After graduating from John Adams High School, he enlisted in the Army and played with a military baseball team while serving in Japan and Korea. After returning home from serving, in 1958 he married the love of his life Jane Allen (Sahlhoff) in Bremen. James worked for Raco as a Traffic Manager for 44 years, retiring in 1998.
He enjoyed playing softball with the Westend Merchants as a pitcher and won a State Championship with the Bremen Jaycees. James loved reading, golfing, IU Basketball, watching his grandchildren at all of their sporting events, his beagles and the occasional cigar with his son-in-law. He was a member of the Calvary Lutheran Church, Plymouth American Legion Post #27 and the St. Joseph Valley Beagle Club.
James is survived by his wife, Jane and their children: Tamara Leuca (Ronald) of Cranberry Township, PA and Brian Allen (Lisa) of Plymouth, IN; grandchildren: Trenton Allen of Seattle, WA and Damon Allen of Royal Oak, MI.
He was preceded in death by his parents, brothers; Charles and Rex Allen; sisters Hester Landis and Rita Davis.
Visitation will be held on Tuesday March 17, 2020 from 5-7 p.m. at the Johnson-Danielson Funeral Home, 1100 N. Michigan Street, Plymouth. Funeral Services will be held on Wednesday, March 18, 2020 at Calvary Lutheran Church at 11 a.m, 1314 N Michigan St, Plymouth, IN 46563, where friends may call one hour prior to services. Rev. Eric Ahlemeyer will officiate. Burial will take place in the New Oak Hill Cemetery, Plymouth.
Memorial Contributions can be made to Calvary Lutheran Church, or the Calvary Lutheran Braille Center, 1314 N Michigan St, Plymouth, IN 46563.