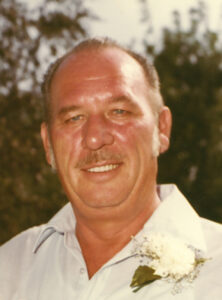 James H. Whiteman, 71, of 14607 W. 4B Road, Plymouth died at 4:02 p.m. Saturday, September 2nd in the St. Joseph Regional Medical Center – Plymouth Campus. Jim had experienced failing health in recent years.
Jim was born on October 16, 1934 in Logansport, Indiana, the son of Charles L. Whiteman and Evelyn Barr Whiteman Silvers. He has resided in Marshall County since 1941 and attended Plymouth Schools.
On August 4, 1957, in Plymouth he took as his bride Ruby C. Samuels and last month marked 49 years together.
Jim worked as a mill right for A M General of Mishawaka and retired after 30 years of service.
For those who knew Jim, his rugged exterior gave way to a gentle heart as he took great joy in his children and grand kids. He liked playing cards and time spent out of doors. He held membership in the V.F.W., the American Legion and the Moose Lodge #741 of Plymouth.
Jim leaves his loving wife Ruby, four children, nine grandchildren and five great-grandchildren. They are: two daughters; Julie A. and husband Robert J. Rans of Plymouth, Melinda J. and husband Greg A. Brockmann of Plano, Texas, two sons; Doug S. and wife Ginny Whiteman of Plymouth and Jeffery J. Whiteman of Warsaw, Indiana. Grandchildren are: Dustin Whiteman, Lacie Rans, Amber (Curt) Mustard and Autumn Whiteman all of Plymouth, Mary Pflugshaupt of Valparaiso, Rachel (Daniel) Copley of Warsaw and Sean, Cody and Amber Brockmann all of Plano, Texas. Great grandchildren include; Kody Whiteman, Sierra Whiteman, Elexus Coffin, Allianna Leech and Ethan Mustard all of Plymouth. A sister-in-law Noamia Whiteman of Huntington, Indiana also survives.
Proceeding in death were his parents and two brothers; Joe Whiteman and Robert Whiteman.
The family will receive friends from 4 – 8 p.m. on Tuesday, September 5th in the Johnson-Danielson Funeral Home, 1100 N. Michigan St. Plymouth and after 7 a.m. Wednesday until time of services at 10:00 a.m. in the funeral home. The Reverends Robert Schultz and Ronald D. Humphrey will officiate with burial following in the New Oakhill Cemetery, Plymouth.
Memorial gifts in Jim’s name may be made to St. Jude Children’s Research Hospital, 332 N. Lauderdale, Memphis, Tenn. 38105 or Center for Hospice and Palliative Care, 112 S. Center St., Plymouth, Indiana 46563.