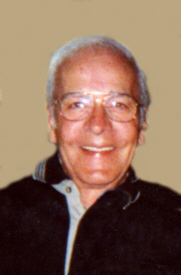 James Joseph Paiano, 86, a resident of Plymouth, passed away Wednesday evening in the Catherine Kasper Life Center, Donaldson. Jim was a former resident of New Castle, Pennsylvania and moved with his family to Plymouth 42 years ago.
Jim was born on May 9, 1928, in Philadelphia, the son of Rocco and Philomena (Giancristoforo) Paiano. There he attended schools and met his future bride, Josephine A. “Jo” Zmuda, whom he would marry on July 31, 1948.
In 1952 he joined the U.S. Army in the 2nd Armored Division until his honorable discharge in 1954. He then attended the Cleveland School of Management and International Correspondent College in studies in Industrial Management.
In his early years he liked playing golf and bowling.
Jim was employed at Johnson Bronze Co. for five years and then enjoyed working with Rockwell International first in New Castle, then transferring with the company in 1972 to its plant in Knox, Indiana. He retired as plant manager in 1973 and began to enjoy travel with trips to Arizona and a European tour. Winters were spent in Daytona Beach, Florida.
He was a loyal member of St. Camillus & St. Vitus Catholic Church in New Castle and St. Michael in Plymouth. Jim also held membership in Plymouth Moose Lodge #741, American Legion Post 27 in Plymouth, Fraternal Order of Eagles #455 in New Castle and the 2nd Armored Division Association.
Jim is survived by his beloved wife Jo and son James of Plymouth and daughter Terry L. High and spouse Hassan High of Atlanta, Georgia. He was the proud grandfather of two; Hassan R. High and Nur S. High both of Atlanta. Also surviving are two brothers, Donald Paiano of New Castle and Raymond of Philadelphia, two sister-in-laws, Gloria Paiano of New Castle and Diane Paiano of Glendale, AZ, along with many nieces and nephews.
He was preceded in death by his parents, one sister Maria Paiano and four brothers; Philip, Robert, Rocco Jr. and Joseph Paiano.
The family will receive friends on Sunday, November 23rd from 4 – 6 p.m. in the Johnson-Danielson Funeral Home, 1100 N. Michigan St., Plymouth.
Visitation will continue on Friday, November 28th from 5 – 8 p.m. in the Ed & Don DeCarbo Funeral Home 3000 Wilmington Road, New Castle, PA. A Mass of Christian Burial will take place on Saturday, November 29th at 10 a.m. in St. Vitus Catholic Church, 910 S. Mercer Street, New Castle, PA.
Entombment will be in the Castle View Memorial Gardens, New Castle.
Memorial gifts may be given to a local Cancer or Alzheimer’s Association.