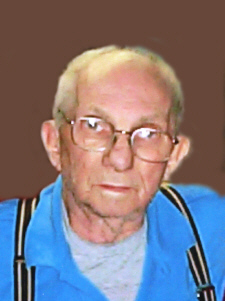 James Richard “Jim” Wringer, 92, died of natural causes, at his home, 4810 Deborah Lane, Plymouth, approximately at noon on Monday, November 30, 2009.
Jim was born the son of Forest J. and Nellie J. Norvell Wringer on August 10, 1917. He graduated from Grovertown High School with the class of 1937.
On May 17, 1941, in North Liberty, Jim and Dorothy Lydia Borton were married. Dorothy died on September 2, 1999.
Jim first worked for Ballband in South Bend and then, for 22 years, at Studebaker. He retired from AM General in 1983.
He enjoyed traveling when he could. He liked gardening, growing strawberries and gladiolas. For seven weeks he toured every country in Europe from Italy to England and also spent three weeks traveling in Japan.
Jim was a loyal member of United Auto Workers Local 5, an auto workers union.
He is survived by two sons and a daughter. His sons are Ralph Wringer, Plymouth and Jerry and Shirley Wringer, Nappanee. His daughter and son-in-law are Marilyn and David Pigors, Hendersonville, N.C.
Four grandchildren and two great-grandchildren survive as well, together with two brothers, Earl and Freida Wringer, Hamlet, Clifton and Dorothy Wringer, Walkerton, and a sister, Lydia Bartley of South Bend.
Jim was preceded in death by his parents, his wife and Dale L. Wringer, a son.
Friends are invited to visit with Jim’s family from 3 to 6 p.m. on Thursday, December 3, 2009, at the Johnson-Danielson Funeral Home, 1100 N. Michigan St., Plymouth. Funeral services for Jim will be held at 11 a.m. on Friday, December 4, 2009, in the funeral home.
Burial will follow in Oakhill Cemetery, Plymouth.