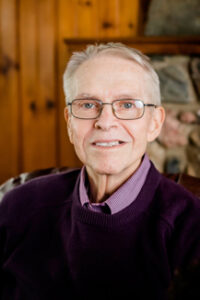 James L. â€œJimâ€ Shorter, 76, died peacefully at home, Friday evening June 1, 2018, in the company of family, following an extended illness.
Jim was born the son of Charles A. and Gail L. (Martin) Shorter in Plymouth on December 3, 1941 and joined four brothers.
He was a Lincoln High School graduate with the Class of 1959, where he played football and served as pitcher for the baseball team. Jim continued to follow and support Plymouth and college sports especially Notre Dame. He also played church softball with the Knights of Columbus and was active in the City League Basketball program. When he became a family man, he took great joy in coaching his two daughters in Little League softball.
Jim served as a supervisor with Pilgrim Farms in Plymouth for 23 years.
On July 2, 1976, he married Linda M. Adams in St. Michael Catholic Church. For the past 42 years they have continued to support each other and their family. Many special moments have been shared, including Jimâ€™s Baptism on March 10th when he was welcomed into the Roman Catholic Faith. Jim and his family found Myers Lake to be their home since 1980. There he found pleasure in sport and fly fishing, taking time to read, but also the relaxing times just spent with family and friends.
His family includes, his wife Linda; two daughters, Melinda M. and Kirt Overmyer of Plymouth and Abigail L. and Julian Cox of Whitestown, Indiana; four grandchildren, Nicholas Knoblock, Tiberius Cox, Leonidas Cox and Paige Overmyer; along with one great-granddaughter, Alexandra Knoblock. Also surviving are two sisters-in-law, Helen Shorter and Ruth Shorter both of Plymouth with numerous nieces and nephews. The Clifford and Lorraine Adams family has also provided Jim with a host of brother and sister in-laws and nieces and nephews.
Preceding in death were his parents and his four brothers, Charles R., John R., Dick L. and William D. Shorter. Visitation will be held on Tuesday June 5th from 4 â€“ 7:30 p.m. in the Johnson-Danielson Funeral Home, 1100 N. Michigan St., Plymouth. A rosary will be prayed at 7:30 p.m. Calling will continue on Wednesday, June 6th after 10 a.m. in St. Michael Catholic Church 613 N. Center St., Plymouth, where a Mass of Christian Burial will begin at 11 a.m. Fr. Craig Borchard will be the celebrant.
Burial will follow in the St. Michael Cemetery, Plymouth. Immediately following the burial a luncheon will be held at the Knights of Columbus Hall.
Memorial gifts may be made to the Marshall County Humane Society, P.O. Box 22, Plymouth, IN 46563 or the Cystic Fibrosis Foundation, 150 N. Michigan Ave. Suite 1550, Chicago, IL 60601.