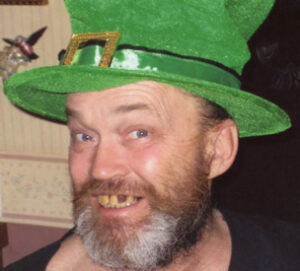 James Michael Bulington, 52, a resident of Plymouth, passed away at home on Charles St, Sunday morning of natural causes.
Jim was born the son of James A. and Mary K. (Hasty) Bulington on February 24, 1961 in Rensselaer, Indiana. His mother, Mary Brugh with whom he made his home survives.
He was a graduate of LaPorte High School. Jim then enlisted in the United States Navy and proudly served as his son Jesse does today.
Jim had worked as an over the road truck driver and was pleased to have been everywhere. He enjoyed fishing, motorcycles and cars. A very appreciative person, Jim easily met people and never knew a stranger.
Left to bare his memory is his mother Mary Brugh of Plymouth, two sons; Michael L. Bulington of LaPorte, Jesse James Bulington, U.S. Navy, Japan a daughter; Michelle Bulington and a step-daughter Becky both of Monticello. A granddaughter Madelyn Bulington also survives as well as a brother; Tom (Carol) Bulington of Knox and a sister; Kathy Gollhofer of Plymouth with one niece and two nephews.
He was preceded in death by his father and sister Angela Gollhofer.
Friends may call at the Johnson-Danielson Funeral Home, 1100 N. Michigan St. Plymouth on Friday, August 23rd from 5 – 7 p.m. Funeral services will be held following visitation at 7 p.m. led by Life Celebrant Roberta Norris. Burial with military honors will be held in the New Oakhill Cemetery on Saturday, August 24th at 9 a.m. graveside. Honors will be provided by members of the Plymouth American Legion Post 27, Veterans of Foreign Wars – Marshall County Post 1162 and the D.A.V.