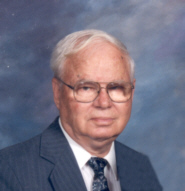 James P. Walker, 78, of 711 Magnetic Parkway, Plymouth, died following a short illness at 3:40 p.m. Sunday, April 24, 2005 in the St. Joseph Regional Medical Center, Plymouth.
Born October 13, 1926 in Chicago, Illinois, the son of Norman E. and Charlotte D. (Wrzeszcc) Walker. The beloved and cherished husband of Barbara J. Falconbury, they married February 7, 1951 in South Bend, Indiana.
James graduated from Plymouth High School in 1944 and then served in the U.S. Army during WWII in Germany.
He worked at the Bendix Corporation in South Bend for 37 years, retiring in 1985. An avid fisherman and outdoorsman, he loved to read, and was a gardener extraordinaire. He was a member of the Plymouth Moose Lodge No.741 and a lifetime member of the V.F.W. Post 1162.
Survivors include his wife Barbara and their four children; Jo Ann Morrow and Ted Luniewski of Pittsburgh, PA, Jeanne S. Walker and Alan Ehrich of Chicago, IL, James W. Walker and John H. Walker both of Plymouth. Two grandchildren; Schuyler Mitchell of Bloomington, IN and Ian Pope of Plymouth also survive.
He was preceded in death by his parents, a brother William Walker and a daughter Janet L. Walker.
A Memorial Mass will be held at 10 a.m. Thursday, April 28, 2005 in St. Michael’s Roman Catholic Church, 611 N. Center St. Plymouth. Pastor, Fr. William Kummer will officiate. There will be no visitation. Burial will follow in the Oakhill Cemetery, Plymouth, where military graveside honors will be provided by the Veterans of Foreign Wars, Marshall County Post 1162.
In lieu of flowers, memorial gifts may be made to St. Michael’s School.