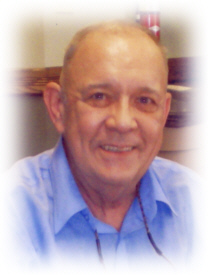 James “Jim” Ronald Cook, 68, a former Plymouth resident, living in North Vernon, Ind. for the past 20 years, died of natural causes in the Columbus Regional Medical Center at 2:15 a.m. on Wednesday, August 17, 2011.
Jim was born in Fort Worth, Texas, on April 15, 1943. He was the son of James M. and Donna Belle (Rhodes) Cook.
He graduated from Plymouth High School with the class of 1961, and attended Indiana Business College in Fort Wayne.
Never married, he served in the United States Army in the Vietnam Era with the Army Intelligence Unit in the Pentagon from 1963 to 1966. He later retired from the National Guard as a Master Sergeant.
He worked as the chef for various military bases and Coil Supply in Seymour, Indiana as a production worker.
Jim was a lifetime member of the Plymouth American Legion Post 27, where he had served as a part time bartender.
Jim is survived by a brother, Gail L. (Patty) Cook, North Vernon, and a sister, Carol Jean (Doug) Barnlund, La Marque, Texas.
Four nieces survive as well. They are; Dara Dougherty and Danette Kirchner, both of North Vernon, Danene Pifer of Seymour and Kristy Cole, Winnipeg Manitoba, Canada.
He was preceded in death by his parents.
Friends are invited to share memories with Jim’s family on Saturday, August 20, 2011, from 1 to 2 p.m. at the Johnson-Danielson Funeral Home, 1100 N. Michigan St., Plymouth. A service of remembrance will begin at 2 p.m. classmate Mike Kyser will deliver the eulogy.
Special military graveside rites will be given to Jim by members of the American Legion Post 27, V.F.W. Post 1162 and D.A.V. at the Oakhill Cemetery, Plymouth.
As a means of giving sight to others, Jim was enrolled in the Indiana Organ Donor Program. Memorial gifts in his name may be given to the James R. Cook, PHS Class of 1961 Scholarship Fund to be established at the Marshall County Community Foundation 2701 N. Michigan St., Plymouth, Indiana 46563.