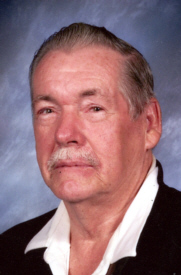 Plymouth native James Richard Klingerman Sr., passed away unexpectedly of natural causes at his Neidlinger Garden Court home for the past year. He had just celebrated his 81st birthday on May 2nd having been born in 1936 the son of Alfred F. and Fannie L. (Howard) Klingerman. Jim was born and raised in Plymouth, and had attended Washington School.
Throughout most of his working career Jim could be found within a two block area of Plymouth. In his youth Jim was a regular at the old Plymouth Bowling Center located on W. LaPorte St. in Plymouth where he worked as a pin setter. Like many young residents of Plymouth he also spent a great deal of time at the REES Theater where he was proud to be hired as a custodian for a period of eight years. He then began a 39 year career with the Coca-Cola Bottling plant at that time located at the corner of LaPorte and Center Streets. Many can remember watching the bottling process through the large picture windows.
Jim was always and active person who bowled a 300 game at the age of 19 and remained a constant figure at Quickâ€™s Lanes where he even coached many kids. He enjoyed playing horseshoes, whistling like a cricket for his kids and later after much bird watching, singing like a bird at the entrance to Neidlinger Garden Court. Jim was often seen walking along North Michigan Street and through Centennial Park giving out cordial greetings along the way.
He had a lifelong love as a fan of Crystal Gayle and enjoyed listening to gospel music. He was a former member of the Plymouth Moose Family Center where he enjoyed many dances with the ladies.
Jim leaves many memories behind with friends and family. He is survived by his former spouse Cora M. Kruzick and five children. They are: Tammy S. Baca of Plymouth, Karen K. Harvey of Argos, Sharon M. (Mike) Grigsby, Beth A. (Phil) Leonard and James R. (Jennifer) Klingerman Jr. all of Plymouth. Seventeen grandchildren, eight great-grandchildren, a niece Sue Furnivall and nephews Steve and Mike Furnivall also survive.
Preceded in death were his parents and a sister Elizabeth Furnivall.
Family and friends will gather on Wednesday, May 24th from 5 â€“ 7 p.m. in the Johnson-Danielson Funeral Home 1100 N. Michigan St., Plymouth where services will begin at 7 p.m.
Burial will be at a later time in New Oak Hill Cemetery in Plymouth.
Preferred are memorial gifts to THE REES THEATER PROJECT c/o Wythougan Valley Preservation Council, 123 N. Michigan St., Plymouth, IN 46563.