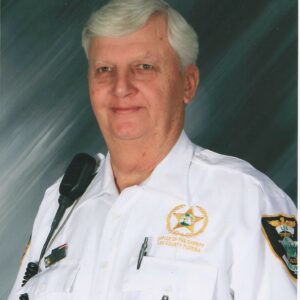 Born in Warsaw, Indiana on December 4, 1945, James was the son of James R. Kruzick and Helen L. (Coyne) Kruzick. He graduated from Plymouth High School in 1964. James served in the U.S. Air Force – 1961st Comm Gp, where he was stationed in the Philippines from 1967-1969 during the Vietnam War.

James would go on to study the Bible and Theology at Faith Baptist Bible College in Ankeny, IA. He later continued his studies, earning an MBA at Southeastern University in 1996.

James married Nancy (Hendrickson) Sammons in 2007. He was a gate attendant at Sable Springs Golf and Racquet Club for five years. He belonged to the Cape Coral Baptist Church in Cape Coral, Florida and the V.O.I.C.E. Squad for the Lee County Sheriff’s Department.

He was preceded in death by his father, James Kruzick, and brother, Raymond Kruzick.

Graveside services will be held at 2:30 p.m. on Wednesday, August 11, 2021, in the New Oak Hill Cemetery, Plymouth with Pastor Matthew Elliott officiating.