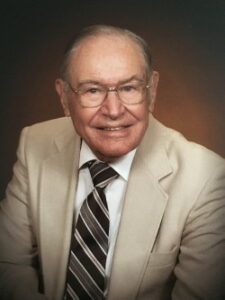 James Bowen (Jim) Schoonover, 97 passed away Friday, December 11 following an illness. He was born March 1, 1923 to James Clark and Buda Elizabeth (Bowen) Schoonover on the family farm north of Williamsport, Indiana. He attended elementary school at Judyville and high school at Williamsport graduating in 1941. He attended Purdue University until his Army Air Force Reserve group was called to active duty in 1943. He served as a navigator on a B-24 bomber crew in the 484th Bomb Group based in Toretto near Cerignola in southern Italy. Following the end of WW II, he returned to Purdue and completed his Bachelor of Science in Mechanical Engineering in February of 1948. He worked for Allison Division of General Motors for a total of 36 years retiring in 1984.

On March 12, 1949 Jim married Phyllis Norris who survives him. They had four children, Phillip (Janet) Schoonover of Wheaton, Illinois, John Schoonover of Arlington, Texas, Sara (David) Longron of Springdale, Arkansas and Paul (Donna) Schoonover of Speedway, Indiana. Three granddaughters and two great grandchildren. Jim volunteered as an adult leader in Boy Scout Troop 410 sponsored by St. John’s Episcopal Church in Speedway when his oldest son reached scout age. He continued to serve in this capacity for slightly over twenty years.

Jim was an artist and painted race car signs that hung on the street light poles in Speedway. His ink drawings of historic buildings and places were used on the backs of playing cards by the Marshall County Historical Society Museum. Jim also enjoyed cartooning and caricature and was a member of the Calligraphy Guild of Indiana and of Heartland Artists. Jim played clarinet in the Purdue marching band. After moving to Marshall county, he joined the Sentimental Journeys. He enjoyed bicycling and participated in organized rides such as the Hilly Hundred, the Blueberry, the Amish Land and Lakes and the Touring Ride in Rural Indiana. Some of these were with Phyllis on their tandem bicycle.

PLEASE NOTE: For your protection, the entire funeral home staff will wear masks. It is mandated that family members and their guests do so as well. The funeral home will not provide any masks. 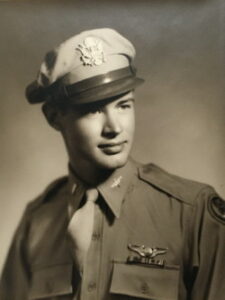