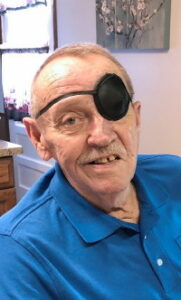 Lifetime Plymouth resident Jim ‘Ozzy’ Ousnamer, 72, passed away in his home at 5:04 a.m. on Thursday May 14, 2020.
Born January 3, 1948, Jim was the son of the late Virgil A. and Amanda (Nickle) Ousnamer. He graduated from Plymouth High School with the class of 1966. After graduating, he attended Hillsdale University Auto Mechanics School, and graduated in 1967.
Jim proudly served in the U.S. Air Force at England Air Force Base Alexandria, Louisiana from 1967-1971 and in the Air Force Reserve serving the 930th Supply Squad and worked on C130, C131 and C123 planes at Grissom Air Force base.
On November 24, 1979 in Plymouth, Jim married Carole Doll.
Jim started working for the City of Plymouth at the New Oak Hill Cemetery in 1971, when his father needed his help. He was elected the Superintendent, or “Grave Digger” as he called it for when he used to dig graves by hand with a shovel, in 1974, and proudly served his position until his retirement on June 14, 2019. Jim was very particular about the cemetery grounds, and kept all the equipment in tip-top condition. He sold many monuments for South Bend Monument, and he knew where every grave was located in the cemetery.
His father, Virgil, designed and built the New Oak Hill Chapel that many families use to this day. In honor of Virgil’s and Jim’s service to the cemetery, the City of Plymouth named a road in the cemetery after them “Ousnamerâ€™s Drive”. It is also believed that he held the record for serving the longest term as a City of Plymouth employee for 47 (almost 48 years).
Jim enjoyed bowling, hunting, fishing and baseball. He was very much a jokester and loved making people smile and laugh. He loved cars, racing and working on any kind of motors. He also fixed many mowers and snow blowers over the years. He was a member of the Loyal Order of the Moose in Plymouth and the VFW Post #1162.
Jim is survived by his wife, Carole of Plymouth; daughter, Jennie (Jerry) Mikesell of Plymouth and children: Jacob (Bellinda) Segraves of Warsaw, Caleb and Luke Mikesell of Plymouth; daughter, Dina Neidig of Plymouth and children, Bodie (Jenneal) Neidig and Aerial Neidig; daughter, Kerry (Benjamin) Spaid of Walkerton and children: Zephen (Dani) Feliciano and great-grandson Carson and Dane (Jessica) Johnson and great-granddaughter Jaycee; and a son, Blake Doll of Plymouth.
Also surviving is his sister, Beverly Towle of Plymouth; brother, Steve (Tracie) Ousnamer of Danville, IN; many nieces and nephews; and his special fur friends, Pumpkin and Little One.
He was preceded in death by his parents and a brother-in-law Don Towle.
A Memorial visitation for Jim will be held on Saturday June 20, 2020 from 11:00 A.M. to 12:00 noon at the New Oak Hill Cemetery Chapel with a Memorial Service to follow at 12:00 noon.
Memorial contributions can be made to the Humane Society of Marshall Co, PO Box 22, Plymouth, IN 46563 or VFW Post #1162, 606 Lake Ave, Plymouth, IN 46563.