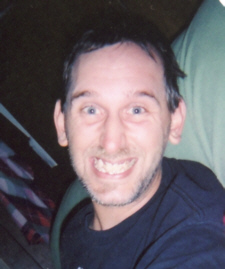 James W. Vician, 37, a Plymouth resident most of his life, died at 8:58 a.m. on Tuesday, September 1, 2009, at Atwood, Indiana from a work related accident.
Jim was born on December 11, 1971, in Gary, Indiana, the son of Stephen E. and Louise E. Bean Vician. He graduated from Plymouth High School.
On September 19, 2000, Jim and Trisha Kring were married in Plymouth.
He worked as a groundsman for Tree Core, New Carlisle, Indiana.
Jim was an avid outdoorsman, he enjoyed deer hunting, fishing and served as a baseball umpire. He also enjoyed bowling, playing darts and was a NASCAR buff.
He is survived by his wife, Trisha, a daughter, Cassi Kring of Knox; a son Dustin Kring of Plymouth; a grandson, Trey Kring of Plymouth; his father, Stephen Vician of Plymouth; a sister, Julie Youst of Warsaw and two brothers, John Vician of Palinfield and Joel Vician of Plymouth.
Jim was preceded in death by his mother, Louise.
Jim’s family invites friends and family to share memories with them on Saturday, September 12, 2009 from 1 to 3 p.m. at the Plymouth Wesleyan Church, 11203 S. Micigan Road, Plymouth.
Memorial services for Jim, officiated by the Rev. Stephen Cox, will be held following visitation at 3:00 p.m. Saturday in the church.
After the service, there will be a Memorial Dinner at the Ball Field in LaPaz, behind the Fire Station.
Memorial contributions in Jim’s memory may be made to the LaVille Summer League.