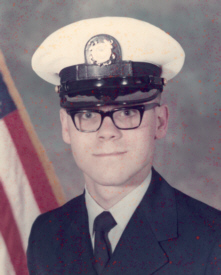 Lifetime Plymouth resident James W. Walker, 56, of 711 Magnetic Parkway, passed away unexpectedly at 2:40 a.m. Friday in the emergency room of St. Joseph Regional Medical Center – Plymouth Campus. His death has been attributed to heat stroke.
Jim was a caring person who volunteered his time and construction talent helping build Habitat for Humanity houses in Plymouth and surrounding areas. He could often be found serving as a clerk in the Habitat Re-Store in Plymouth.
He was born James Wesley Walker on June 17, 1955 in Plymouth to James Paul and Barbara Jean (Falconbury) Walker. Raised in Plymouth, he attended St. Michael church and school and graduated from Plymouth High School with the Class of 1974. He then entered the U.S. Coast Guard.
Jim worked part-time in construction and found contentment as an avid reader of books by his favorite authors of Steinbeck, Hemingway and Kerouac. He also spent countless hours watching classic movies.
Surviving family members include his sisters, Jo Ann Walker Morrow of Plymouth and Jeanne S. Walker (Alan Ehrich) of Chicago and a brother, John H. Walker of Plymouth. Two nephews also survive, they are; Schuyler H. Mitchell of Chicago and Ian C. Pope of Los Angeles. Jim was preceded in death by his parents and a sister, Janet Lynn Walker.
The family will receive friends on Tuesday evening, July 26th from 6 – 8 p.m. in the Johnson-Danielson Funeral Home, 1100 N. Michigan St., Plymouth.
A Mass in Memoriam will be celebrated at 11 a.m. Wednesday, July 27th in St. Michael Catholic Church, 613 N. Center St., Plymouth. The Rev. Fr. William J. Kummer will officiate. Burial will follow in the New Oakhill Cemetery, Plymouth.
Military honors will be accorded Jim by members of the Plymouth American Legion Post 27, Veterans of Foreign Wars – Marshall County 1162 and the Disabled American Veterans.
In lieu of flowers, gifts in Jim’s memory may be made to Habitat for Humanity, P.O. Box 524, Plymouth, IN 46563