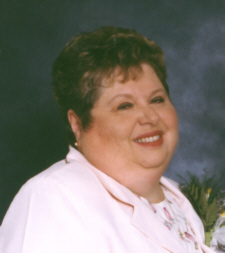 After a courageous eight-year battle with colon cancer, Janet A. Gregory-Bean, 59, died with her loving husband by her side, at her home, 901 Pearl St., at 8:15 a.m. on Tuesday morning, September 25, 2007.
The daughter of Frank and Alice Poor Gregory, Janet was born in Plymouth on January 17, 1948. She graduated from Plymouth High School in 1966, and earned an Associate Records Technician degree from Indiana University.
After her high school graduation, she worked for several years in the Marshall County Courthouse in the Clerk, Assessor and Treasurer’s offices, before going to work at the hospital, first as a switchboard operator and then in the emergency room and medical records.
On April 20, 1974, in Plymouth, Janet and her husband of 33 years, Richard N. Bean, were married in the Church of the Brethren.
Janet was a loyal and hard-working employee for 37 years for the Parkview/Holy Cross/Saint Joseph Regional Medical Center. She loved it. Both working there and the people she worked for. And they loved her back.
Hospital Chaplain Jeff Nixa said of Janet that “she was that rare person in our loud, chatty American culture who was other-oriented, thoughtful, kind and a good listener.”
She enjoyed needlepoint, loved her flower garden and antiques, and socializing with people.
Janet is survived by her husband and by their son, Jeffrey, Hobart, Indiana.
A brother, Robert (Barbara) Gregory, Donaldson, Indiana and two half-sisters: Patricia Samples and Pamela Conner, both of Alabama, survive as well as several nieces and nephews.
She was preceded in death by her parents.
Friends are invited to celebrate the person that Janet was and the life that she lived – an inspiration to others, on Thursday, September 27, 2007, from 4 to 8 p.m. and Friday after 7:00 a.m. in the Johnson-Danielson Funeral Home, 1100 N. Michigan St., Plymouth.
Funeral services officiated by the Rev. Ruth Yoder, pastor of the Plymouth Church of the Brethren where Janet was a member, will be at 11:00 a.m. Friday, September 28, 2007 in the funeral home.
Memorial gifts in Janet’s memory may be made to the American Cancer Society.