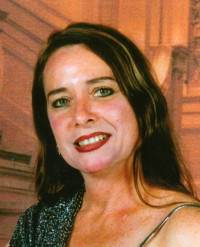 Janet D. Moose, 69, passed away suddenly on Wednesday, March 11, 2020 at Memorial Hospital of South Bend.
Born in Plymouth, Indiana on February 2, 1951, Janet was the daughter of Alvie and Dorothy Moose. She graduated from Argos High School with the class of 1969. She then went on to attend Ball State University. She graduated with a Bachelorâ€™s Degree in Art Education and later, with a Master’s Degree in Fine Arts.
Janet taught art to children in the South Bend Community Schools for over 42 years. She adored her students and being able to teach them her passion. Janet had been awarded Teacher of the Year a couple years. She was known for her art displays, which featured her children’s artwork, which were set up throughout the schools. Janet also taught bilingual summer school art programs. She was a member of the NEA and the ISTA.
She loved to stay active. Janet enjoyed tennis, biking and doing the Blueberry Stomp and Fun Runs in Plymouth. She was a world traveler: appreciating museums, stage plays, dancing and art throughout the world. Janet was an award winning artist in the local area. She was a great photographer of nature and weddings. Janet caught your eye when she walked in the room, with her vibrant personality and smile.
She is survived by her siblings: Bonnie Golden of Plymouth, Carol Dulaney of Plymouth, MaryAnn (Jim) Baker of Plymouth, Betty (Kraig) Blackman of Plymouth. David (Carmen) Moose of Canada, and Sharon (Doug) Klinge of Bremen. Janet also leaves behind several special friends including, Cheryl Cooper and Irene Hay.
Janet was preceded in death by her parents and brothers, John and Larry Moose.
Visitation will be held on Wednesday, March 18, 2020 from 4-7 p.m. at Johnson-Danielson Funeral Home, 1100 N. Michigan Street, Plymouth.
Funeral services will be held on Thursday, March 19, 2020 at 11 a.m. in the funeral home. Visitation will resume one hour prior.
Burial will be in the New Oak Hill Cemetery, Plymouth.