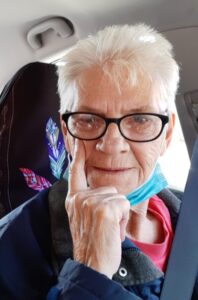 Born on July 12, 1939 in Ripley, Indiana Janet was the daughter of Emerson and Viola (Reed) Baughman.

Janet worked for Lear Corporation, based out of Bourbon, for 7 years before retiring in 2003. She volunteered her time quilting lap blankets and pillowcases for service members that were deployed, crocheting and knitting, tending to her vegetable garden and canning and reading. Janet loved nature and would spend hours watching from her back porch, wildlife and birds at her feeders with her constant furry companion, Pollo.

Her siblings include Larry (Carolyn) Baughman, Betty Muffley, Arlos Scofield and Beverly Bennett, as well as several nieces and nephews.

Janet was preceded in death by her parents, siblings: Emery, Neil, and Bonnie Voyd.

Per the wishes of Janet there will be no services.