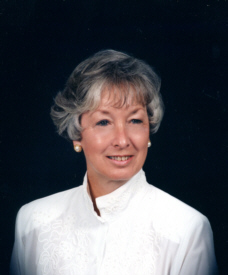 Janet L. Myers-Bixel; passed away in her home on December 1, 2016.
Janet was the second daughter of Don and Sylvia Myers of Plymouth IN who have preceded her in death. Janet has two remaining sisters, Joyce Parsons of Walkerton IN and Judy Brown of Warsaw IN.
Janet was blessed to have four children, Brian K. Bixel, Brenda K. Gilley, Lisa S. Calhoun-Malone, Michael S. Bixel. She was also blessed to be graced with 16 surviving Grandchildren, 17 Great-Grandchildren, one now with her in Heaven and two Great-Great-Grandchildren.
Janet was a life-long resident of Marshall County IN born in Rochester IN on December 7, 1935. Janet lived in Argos IN and worked as secretary for various companies. Her last position was Secretary for the Marshall County Builders Association from 2001 to 2014. Her role was vital in enabling the Marshall County Builders Association in expanding their growth.
Janet loved her home, gardening, bowling, crafting and had love of life which was evident to all.
Funeral services will be held at 1:00 PM on Monday December 5, 2016 in Johnson-Danielson Funeral Home, 1100 North Michigan Street, Plymouth, with the Rev. Robert E. Rice Jr. officiating. Friends may visit with the family from 11:00 AM until time of service on Monday at the funeral home. Memorial gifts can be made to Compassion International, 12290 Voyager Parkway
Colorado Springs, CO 80921, or the American Cancer Society, 130 Red Coach Drive, Mishawaka, Indiana 46545.