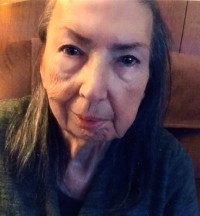 Janet Y. Maurer, 80, passed away with family by her bedside at 2:55 a.m. on Sunday, January 20, 2019 at the Catherine Kasper Life Center in Donaldson.
Born in Niles, Michigan on August 6, 1938, Janet was the daughter of Charles and Thelma (Wooley) Dudley. She graduated from LaPaz High School with the class of 1957.
She married Roscoe Yenna Jr. on February 14, 1958. A loving and devoted homemaker, Janet loved raising her four girls and making memories with her family. Roscoe would precede her in death on September 6, 1981.
Janet took pride in her cooking skills always making her families favorite dishes, including â€œFrito Pieâ€ and Jello Pie. She loved fresh tomatoes and would stop at the local farms to get a stock to can. She made a great elderberry jam, enjoying time with her girls as they made it together. Janet would often get caught being a good samaritan, from â€œfindingâ€ a new toy for a child to passing along a contagious smile. She had a strong Christian faith and instilled that in her loving family. She wrote many articles in â€œThe Way I See Itâ€ section of the Bourbon Newspaper, truly gifted with her way with words. She has left written stories for her family to treasure forever. On November 2, 2008 in Bourbon, Janet married James Maurer. Her family felt very blessed by this union, as Janet and Jim adored each other. Janet loved helping people in any way she could. She cherished time spent with her family and watching them grow. Spending time with them and sharing her passions of crafting and cooking. She is survived by her husband James Maurer; her loving children, Deborah Yenna of Plymouth, Joy Keenan of North Liberty, Gaylene (Greg) Engle of LaPaz and Jennifer Anderson of Bourbon; 37 grandchildren and 13 great-grandchildren; 2 great-great grandchildren; and her sister-in-law, Barb Dudley.
Janet was preceded in death by her husband, Roscoe on September 6, 1981, her parents, a grandchild Amy, two great-grandchildren Serenity and Emily, and her half-brothers, James and Tom Dudley.
Visitation will be held at the Johnson-Danielson Funeral Home from 9:30 a.m. until 11:30 a.m. on Friday January 25, 2019. Funeral services will follow at 11:30 a.m. at the funeral home.
At the familyâ€™s request memorial contributions can be made to Alzheimerâ€™s Association 225 N. Michigan Ave. Floor 17, Chicago, IL 60601 or the Center for Hospice Care 112 S. Center St. Plymouth IN 46563 in lieu of flowers.