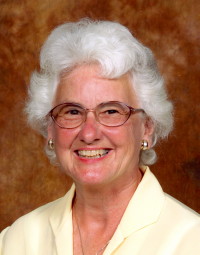 Former Plymouth resident, Janice L. Shafer Smith, 81, passed away on Saturday, February 2, 2019 at Memorial Hospital of South Bend.
Born in Pierre, South Dakota on September 11, 1937, Janice was the daughter of Vernon and Margaret L. (Gantz) Orr. She graduated from Plymouth High School with the class of 1955, and then attended Michiana College of Commerce for one year.
In Plymouth, Janice married Vernon K. Shafer in 1955. He would proceed her in death in 1975.
She made model garments for Northwest Fabrics for 18 years and for Whitney Fabric for 5 years before retiring in 1992. Janice also made many garments for her children and grandchildren. She was also the owner of R&J Lawn Service for approximately 10 years.
On April 14, 1979 in the Plymouth Church of the Brethren, Janice married Robert J. Smith.
She attended the First Brethren Church of South Bend most recently, being part of the Womenâ€™s Missionary Society at the church. She was part of the Homemaker Club in Plymouth and a Cub Scouts Den Mother to many through the years.
Janice is survived by her children: Kennen K. (Terri) Shafer of Plymouth, Karlin K. (Angie) Shafer of Indianapolis, Marcy M. (Ron â€œGlenn) Day-Allison of South Bend, Penny L. (Dave) Rowlen of Anderson, IN and John V. (Annette) Shafer of Atlanta, GA; grandchildren: Nicholas and Jonathan Shafer, Micky and Holly Day, Joey Barilick, Manda and George Rowlan, Alyssa and Christina Shafer and Eric Shafer; many great-grandchildren; as well as her siblings: M. Elwyn (Paul) Schloneger of Archbold, OH, and Marcia Christman of Plymouth.
She was preceded in death by her parents, first husband Vernon, son, Kevin Smith in 2005 and brother, John Orr.
Visitation will be from 5-7 p.m. on Wednesday, February 6, 2019 at the Johnson-Danielson Funeral Home, 1100 N. Michigan Street, Plymouth.
Funeral services will be held at 11 a.m. on Thursday, February 7, 2019 in the funeral home with Pastor Tom Anders officiating.
Burial will be in the New Oak Hill Cemetery, Plymouth.
Memorial contributions can be made to the First Brethren Church of South Bend, 4909 S Ironwood Rd, South Bend, IN 46614 or Plymouth Church of the Brethren 1130 N. Michigan Street, Plymouth, IN 46563.