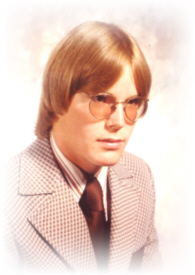 Jay “Bird Man” Pynaert, 51 passed away at his residence on Tuesday, February 24, 2009. He leaves many fond memories for his family and friends.
Jay was born in South Bend, Ind. on August 25, 1957 the son of Ramon C. and Mary Jane (Maes) Pynaert. Ray died when Jay was just a child and later John E. Parsons became a steadfast step-father. He has also preceded in death.
Raised in Plymouth, Jay was a graduate of the PHS Class of 1976.
Jay loved all types of sports especially hunting, fishing, bowling and playing league softball as short-stop with all of his brothers. He was also a Classic Rock buff and accomplished writer.
Jay was a former employee of Culligan Soft Water and Indiana Heat Transfer.
Surviving is his mother Mary Jane and step-father Jay Weidler of Plymouth along with three brothers and a sister. They are: Terry R. Pynaert of Plymouth, Michael R. (Dawn) Pynaert also of Plymouth, Ramon C. Pynaert Jr. and Stacy Ann (Drew) Heckaman all of South Bend.
Nieces and nephews include: Amanda, Arik and Gage, Tara and Tia Pynaert, Michael Wollers and Colleen O’Brien.
There will be no services or visitation.
Words of condolence and memories of Jay may be sent to the family through the funeral home web-site: www.johnson-danielson.com
Memorial contributions may be made to the Charity of the Donor’s Choice.