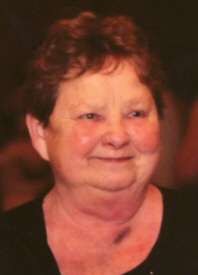 Jean A. Flosenzier, 73, a resident of Rose Road for the past 45 years, passed away in her home after a long term illness at 2:10 a.m. on Friday, January 31, 2014.
A lifetime resident, Jean was born as one of two twin girls in Kosciusko County on November 23, 1940, the daughter of Dillard and Bessie W. (Parrish) Masterson. She attended West High School with the class of 1959.
Fifty-five years to the day, on January 31, 1959 in Tyner, Jean married Guy R. Flosenzier.
Jean enjoyed driving a Plymouth community school bus for 28 years. She had also worked at the Ancilla Domini poultry farm in Donaldson.
Jean was an animal lover, especially dogs and horses. She also loved to garden, and she sold her flowers and vegetables at the local Farmer’s Market. She enjoyed mushroom hunting and reading. Jean enjoyed time with friends and co-workers that she met while driving bus. She was always willing to help others and supported the Neighborhood Center with their yearly coat drive.
Jean is survived by her loving husband, Guy, and family: daughter Kay A. Orangias of Plymouth and her two children; Mike Orangias and Sarah Orangias, son Paul S. (Sherri) Flosenzier of Plymouth and their children; David (Jessica) Flosenzier and Jimmy (Brittany) Flosenzier, and daughter Debbie J. (Robert) Johnson, of Plymouth and their children Stephen and Eric Johnson. Jean’s daughter-in-law, Jamie Flosenzier (Mrs. Ray Allen, deceased) of Plymouth and their daughter Lindsay (Matthew) Souder. Ricky Morris, the son of daughter Paula and Mike Morris, (both deceased) also survives.
Jean adored her great-grandchildren: Kayden Jacoby Ray Souder, Kennedy Nicole Flosenzier, and Kodie-Kay Orangias.
Her siblings include: Susanne (Jim) Parker of Mishawaka, her twin sister Joan (Jack) Monteleone of Plymouth and brother, Larry Masterson of Plymouth. She was preceded in death by her parents, her children: Paula Sue (Mike) Morris and Ray Allen Flosenzier, a brother Dillard “Bud” Masterson Jr. and son-in-law, Chuck Orangias.
Jean and her family appreciated the company and care provided by dear friends; Sandy Stiles and Kathy Lehiy.
Visitation will be from 4 – 6 p.m. on Monday, February 3, 2014 in the JOHNSON-DANIELSON FUNERAL HOME, 1100 N. Michigan Street, Plymouth. Funeral services will immediately follow in the funeral home at 6:00 p.m., with Chaplain Bob Puhr of Harbor Light Hospice officiating.
Burial will be in the Burr Oak Cemetery.
Preferred are memorial gift contributions to the Hemminger House P.O. Box 4, Plymouth, IN 46563.