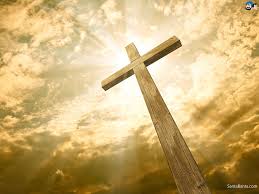 Mrs. Jean Dickey peacefully passed in her sleep late in the evening on Thursday December 21, 2017 at Millerâ€™s Merry Manor in Plymouth, Indiana. Jean, who would have been 90 in March, had been living in Plymouth, Indiana for the last ten years. But she was formerly a long-time resident of Marion, Indiana, having lived north of that city since 1967 with her husband Richard Dickey and their family.
Unfortunately, Mrs. Dickey had been struggling with accelerating health challenges these last few months. But, she was generally comfortable and alert to the very end. Jean has been enjoying numerous visits from family and friends in the three months she had been a resident at Millerâ€™s. Most recently, over the previous weekend, she enjoyed several family members visiting from four different states. Jean loved her family and people in general. In fact, on her very last evening she escorted another resident down and back from that nightâ€™s meal. On her way back, Jean was heard to exclaim that they had finished eating and she was now serving as â€œeyesâ€ for her friend and co-resident.
Jean Dickey was preceded in death by her first husband, Jack Stewart in 1953 and her last husband, Richard Dickey, in 2006. Jean was also preceded in death by Richardâ€™s daughter, Debbie Falcone. Mrs. Dickey is survived by several other children: Linda Hutcheson, Kris Myers, Francine Cook, Shannon Austin, Rick Dickey, Matt Dickey and Pay Dickey. She also has 6 grandchildren and 6 great-grandchildren, as well as a special friend, DJ Pickford.
The family is considering the appropriate format and timing of a celebration of Jean Dickeyâ€™s Life. In lieu of flowers or other generous support, the family respectfully suggests memorial donations in Jeanâ€™s name be sent to The Center for Hospice Care, 111 Sunnybrook Court, South Bend, Indiana 46637 or the American Lung Association in Indiana, 115 W. Washington St# 1180-South, Indianapolis, Indiana 46204.