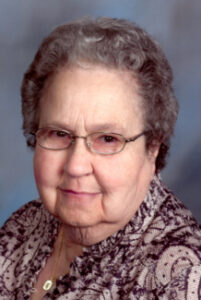 Jean E. Dipert, 79, and Plymouth resident since 1956, passed away at 10:23 p.m. on July 30, 2015 at Miller’s Merry Manor, Walkerton.
Jean was born the daughter of William H. and Helen I. (Buchanan) Antoine on June 9, 1936 in Amboy, Illinois. She graduated from Amboy High School with the class of 1954, and lived in South Bend before moving to Plymouth in 1956.
Jean worked for Arrow Pest Control for 22 years before her retirement in 2001, where she was a bookkeeper.
She loved to read and did a lot of sewing. She enjoyed little ones and appreciated the opportunity to baby sit for the children she loved so dearly, including the Payne, Wicken’s, and Greene families. She adored those families and missed seeing them after she stopped babysitting, but thought of them often. Jean treasured memories made and time spent with her children and family. She was a faithful member of the Plymouth Church of the Brethren, and loved all kinds of music. Jean is survived by her son, Brent A. (Linda) Dipert of Stevensville, MI and her daughter, Denise J. (Steve) Cox of Plymouth, four grandchildren, Samantha Cox, Dylan Cox, B.J. Dipert, and Brandon Borr, four great-grandchildren, Sara Crakes, Emma Dipert, Madison Dipert and Bentley Taylor Also surviving are her sisters, Betty (John) Price and Marilyn (Wayne) Bopes.
She was preceded in death by her parents, one brother, Donald Antoine, and one nephew, Douglas Lee Antoine.
Visitation will be from 4-8 p.m. EDT on Monday, August 3, 2015 in the Johnson-Danielson Funeral Home, 1100 N. Michigan Street, Plymouth, and from 10 a.m. until time of service on Tuesday at the Church. Funeral services will be held at 11 a.m. EDT on Tuesday, August 4, 2015 in the Plymouth Church of the Brethren, 1130 N. Michigan Street, Plymouth, with Pastor Paul Nye officiating. Burial will be in the Oakhill Cemetery.
Memorial contributions may be directed to the Plymouth Church of the Brethren, elevator fund.