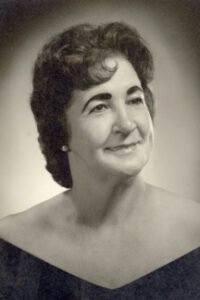 Jean M. Orr, 95, a Lake Avenue, Plymouth resident, passed away at 10:00 a.m. Wednesday, November 9, 2011 in Miller’s Merry Manor following a brief illness.
Jean was born on November 18, 1915 in Springfield, Illinois, the daughter of Joseph and Sarah (Creasey) Warner. She was raised in a family of twelve children and after moving to the Plymouth area she attended school in Tyner.
Jean married John I. Orr on December 26, 1950 in Plymouth. He preceded her in death on October 2, 1998. Her former spouse Harry Kamp has also preceded her in death.
She completed course studies at the Chicago Restaurant Business School in 1968 working for several area restaurants and was the former owner of two.
Known for her baking, Jean also loved to play Yahtzee with her family.
Jean is survived by her family: a son; Dale and Sharon Kamp of Plymouth, three daughters; Carolyn and Dale Manuwal of Plymouth, Patricia and Grizzly Mehrley of Richland, NC and Debra and Mike Shoptaw of Indianapolis, her daughter-in-law; Sondre Kamp of Plymouth, a step-son; Mike Orr of Cayce, SC, a sister; Helen Thompson of Plymouth, along with 15 grandchildren and numerous great and great-great grandchildren, nieces and nephews.
She was also preceded in death by her son Kenneth Kamp, two grandchildren, sisters; Mae Pranger, Josephine Webb, Margaret Milliser, Mary Taylor, Pearl Konkle and brothers; Paul Ennis, Charles, Edward, and Joseph Warner.
Visitation will be held from 2 – 5 p.m. on Sunday, November 13, 2011 in the Johnson-Danielson Funeral Home, 1100 N. Michigan Street, Plymouth. Services will be held at 10:30 a.m. Monday in the funeral home. The Rev. Charles Krieg will officiate.
Burial will follow in the New Oakhill Cemetery, Plymouth.
Memorial gifts may be given to the Heartland Hospice Care, 1315 Directors Row, Suite 200, Ft. Wayne, Indiana 46808