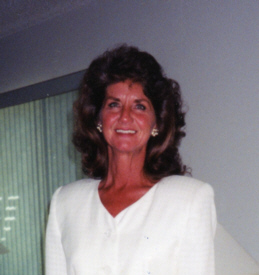 Jeanette (Salyer) Archbald, 66, of Plymouth, departed from this world to be with the Lord, on Sunday, April 3rd, 2016 in Goodlettsville, Tennessee, while traveling with friends. She was born November 6, 1949 in LaPorte, Indiana, to John Milton and Gladys (Thompson) Salyer. Jeanette graduated from Culver High School in 1967; all though she always considered Plymouth to be her home. She then went to Michiana College Commerce and earned an Associate’s Degree in Accounting. She felt blessed to be a member of and worship at the New Song Community Church, Plymouth. She was happy to be employed as a greeter at Wal-Mart in Plymouth. Jeanette was ever thankful for her children; Carmin (Matt) Crump Doss of West Franklin, Illinois, Gina Crump Tanner of Plymouth, six grandchildren; Zac Sine, Amanda Crump, Dovie Doss, Brandon Tanner, Alexis Tanner, and Emily Tanner, two great-grandchildren; Raelynn Hanthorn and Avaleene Tanner. She is also survived by her mother; Gladys Salyer, sister; Bonnie, “more brother than brother-in-law”; Wayne Neidlinger, brothers; Paul Salyer, John (Karlin) Salyer – All of whom she loved dearly.
She was preceded in death by her father; John Milton Salyer.
Jeanette felt she lived a full and blessed life and praised God for the time He gave her on this earth, especially for all the love that she shared with so many people during her days on this earth. It is her desire that you would set aside your grief and celebrate her new and much better eternal life. Visitation will be held on Sunday, April 10th from 2:00 p.m. – 6:00 p.m. EDT in the Johnson-Danielson Funeral Home, 1100 North Michigan Street, Plymouth. Services will be held in the New Song Community Church, 410 North Kingston Road, Plymouth, on Monday, April 11th at 11:00 a.m. EDT with visitation continuing one hour prior to services. Senior Pastor Justin Chambers, with New Song Community Church will officiate the service. Burial will follow in the New Oak Hill Cemetery in Plymouth.
Memorial gifts may be made to the New Song Community Church, 410 North Kingston Road, Plymouth, Indiana 46563. Condolences may be sent to the family through the website: www.johnson-danielson.com