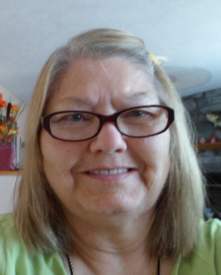 Jeanette Hensley Seese, 74 and Plymouth resident since 1964, passed away in her home at 5:45 p.m. with her daughter and sister, Iva, by her side on Sunday, February 1, 2015.
Born in Guage in Breathitt County, Kentucky on October 23, 1940, Jeanette was the daughter of Carl and Madeline (Jackson) Hensley. The family moved to Knox in 1951, where she attended the Knox Community School System.
Jeanette married Buddy Lee Seese on June 4, 1960 in Knox. The couple would settle in Plymouth and soon welcome their daughter, Michelle. Jeanette was a wonderful housewife and devoted mother. Buddy would precede her in death on April 21, 2006.
Jeanette attended the Plymouth Baptist Church and the Church of Jesus Christ of Argos. She also enjoyed sewing, crocheting and reading the Bible. Jeanette was very social, knew no strangers, and always made new friends while going to local garage sales.
She is survived by her daughter, Michelle (Richard) Buchert and their children: Justin, Shawnee and Camryn, all of Plymouth. Also her sisters, Melva (Ed) Brooke and Iva (Jerry Taulbee) Hensley, both of Knox, and her brothers, Larry (Mary) Hensley of Pensacola, FL and Jerald Hensley of Arizona; as well as, brother-in-law, Dave Drane of Winamac, sister-in-law, Sandra (Rudy) Wakefield of Culver, and several nieces and nephews.
Jeanette was preceded in death by her husband, her parents, and her sister, Vera Drane, nephews, Dwayne Risner and John Romenzak, and niece, Robbin Romenzak.
Visitation will be from 4-7 p.m. EST on Friday, February 6, 2015 in the Johnson-Danielson Funeral Home, 1100 N. Michigan Street, Plymouth.
Funeral services will be at 11 a.m. EST in the Johnson-Danielson Funeral Home on Saturday February 7, 2015, officiated by Pastor Lloyd Howard of the Church of Jesus Christ.
Burial will be in the New Oakhill Cemetery.
Memorial contributions can be made to the donor’s choice.