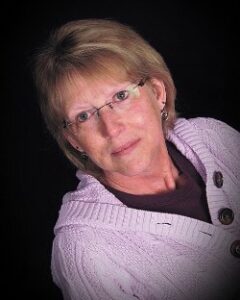 Jeanne Ann Sheehan, 56, of Bowman Drive Mishawaka died on Friday August 20, 2010 at 2:00 AM in the St. Joseph County Hospice House.
Jeanne was born the daughter of Gene M. Sherland and Therese A. “Tess” Bauer Sherland Greer in Plymouth on November 19, 1953.
She attended St. Michael grade school and went on to graduate from LaVille High School with the class of 1972. After high school she graduated from Ivy Tech in South Bend.
Jeanne took Mr. Mark John Sheehan as her husband on August 6, 1983 in her hometown of Plymouth. He preceded her in death on November 11, 2005. Together they shared a wonderful son Michael John Sheehan. She worked for the St. Joseph Regional Medical Center as a Surgical Tech for 10 years, before working with the General Vascular Surgery Group in Elkhart. The first 10 years with the Group she was a Private Surgical Tech, while she currently held the Site Coordinator position for the last 10 years.
She was a member of St. Matthew Church in South Bend.
Jeanne enjoyed gardening, knitting, the Face Book program on the internet, and spending time at the pond with the goldfish. She also had two cats and loved to spend time with her family especially her son whom she adored so much.
She is survived by her son Michael John Sheehan of Mishawaka, her mother Tess Greer of Plymouth, her brother John A. & Mary Sherland of Cary, NC and her sister Jayne A. Gibson of Plymouth. Also surviving are nephews Adam and Andrew Sherland, niece Shawna Gibson, father-in-law and mother-in-law Mark & Elizabeth Sheehan of Fort Lauderdale, and sister-in-law Cathy Sheehan of Chicago.
Jeanne was preceded in death by her husband Mark and father Gene.
The family will welcome friends on Thursday August 26, 2010 in the Johnson Danielson Funeral Home 1100 N. Michigan Street, Plymouth 2010 from 6 to 8 pm, with a Rosary held at 8 pm.
A Mass of Christian Burial will be held on Friday August 27, 2010 at 11 am in the St. Michael Catholic Church 613 N. Center Street Plymouth, IN 46563.
Entombment will follow in St. Michael Cemetery, Plymouth.
In lieu of flowers the family has requested that contributions in Jeanne’s memory be given to the Susan G. Komen for the Cure – Northern Indiana Affiliate P.O. Box 4157, South Bend, IN 46601 or to St. Michael Tuition Assistance Fund c/o Marshall County Community Foundation 2701 N. Michigan St., Plymouth, IN 46563 or Center For Hospice Care 112 S.Center St., Plymouth, IN 46563.