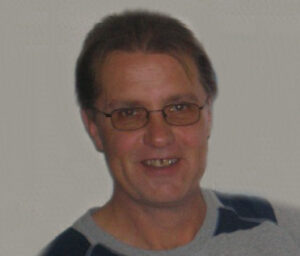 Jeffrey A. White, Sr., 48, a resident of Conger St. Plymouth, died unexpectedly at 12:05 a.m. Sunday in the emergency room of St. Joseph Regional Medical Center – Plymouth Campus. His death was due to an apparent heart attack.
Jeff was born the son of Robert E. and Helen A. (Carrol) White on March 28, 1962 in Charleston, West Virginia. He spent his early years growing up in Cabin Creek, West Virginia. The family then moved to Ligonier, Indiana where he attended West Noble High School. He has been a Plymouth resident for the past 25 years.
Jeff served his country in the United States Army.
He was a fiberglass specialist and had been employed by Bremen Motor Works, Future Fiberglass in LaPaz, Bomarko, and most recently Oasis in Plymouth.
Jeff was well adept to computer technology and enjoyed working on things mechanically such as his moped.
Surviving is a former spouse, Ruth Ann Streets of Louisiana, and his four sons. They are: Spc. Jeffrey A. White, Jr. stationed at Fort Lewis-McChord, Shane Alex White, Nathanial R. White and Brandon E. White both of Plymouth and one granddaughter, Kiara.
Also surviving are two sisters and three brothers; Sandra K. and Raymond Cook of Sharon, W. Va., and Pamela S. Lamb of Plymouth. Brothers include; Robert e. and Mary White of Cabin Creek, W. Va., Roger L. and Alma White of Elkview, W. Va., and Jack W. and Priscilla White of Plymouth and numerous nieces and nephews.
He was preceded in death by his parents and one son, Trenton A. White.
Friends may call from 5 – 7 p.m. Wednesday, September 29, 2010 in the Johnson-Danielson Funeral Home, 1100 N. Michigan St., Plymouth. Services will immediately follow visitation at 7 p.m. led by Life Celebrant, Roberta Norris.
Burial will take place in the Tyner Cemetery, Tyner, Indiana with military honors by the Plymouth American Legion Post 27, Veterans of Foreign Wars Post 1162 and the D.A.V.