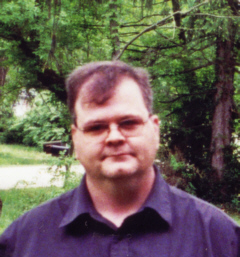 Jeremy Todd Young, 40, died at his residence, 15183 S.R. 17, Culver, Indiana on Tuesday, January 18, 2011.
Born in Plymouth on December 20, 1970, Todd was the son of J. Chalmers and Wilma Young.
Todd attended Plymouth schools.
On October 4, 1997, in Culver, Todd and Joanne Obrochta were married. The couple renewed their vows at St. Mary of the Lake Catholic Church in 2003.
Todd worked for 15 years at Bomarko as a machine operator.
Among his many activities and interests he enjoyed ice fishing, Notre Dame Football and music. He also had a big collection of hats.
Todd is survived by his devoted wife, Joanne and by his father, J. Chalmers Young, Plymouth. A step-brother, Rodney Slabaugh, Plymouth and his father and mother in-law, Jozef and Bernadette Obrochta, survive as well.
Todd was preceded in death by his mother, Wilma.
A time of sharing will be from 2 to 7 p.m. on Friday, January 21, 2011, at the Johnson-Danielson Funeral Home, 1100 N. Michigan St., Plymouth, where a Rosary service will be prayed at 1:30 p.m.
A Mass of Christian Burial will be held at St. Michael Catholic Church, 613 N. Center St., Plymouth at 11 a.m. on Saturday January 22, 2011 with calling at the church one hour prior to the Mass which will be officiated by the Rev. Father William Kummer.
Burial will be in New Oakhill Cemetery.
Memorials may be made in Todd’s memory to a charity of the donor’s choice
Funeral Director – Kevin L. Russell – ph. 574-936-2829