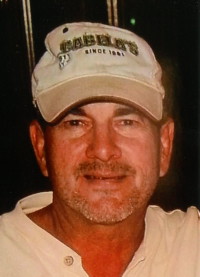 Jerone K. â€˜Jerryâ€™ Bowman, 68, a lifetime resident of Plymouth, passed away at 3:45 a.m. Monday, February 11, 2019 in the St. Joseph Regional Medical Center â€“ Plymouth Campus. He had a short but courageous battle with esophageal cancer.
Jerry was born in Plymouth, the son of Clayton L. and Viola Ruth (Bowen) Bowman on August 19, 1950. He was a 1969 PHS graduate where he was involved in track as a pole vaulter.
After high school, he was introduced to Nancy J. Wilhelm and they were wed in St. Michael Catholic Church on June 28, 1975. They were blessed with creating 43 years of memories together as parents of two daughters, Amy and Angela.
He was a career telecommunications lineman for 41 years and greatly enjoyed his co-workers. Jerry retired in 2014 from Century Link.
Fishing was a passion with time spent on local lakes and he experienced many â€˜guyâ€™ trips to Canada. Jerry was often seen enjoying a round of golf especially at Woodbury where he was a member. He was a former member of the Plymouth Moose and Elks Lodge.
He really enjoyed traveling with his family and friends. They traveled many places making lots of great memories. Since retirement, traveling has been a big part of their lives. Surviving family members are: spouse, Nancy; daughter, Amy Bowman & Ryan Johanson with their son, Griffin, of Kirklin, Indiana, and daughter, Angela Mendoza & Ike with their children, Franco and Ava, of Hartford City, Indiana.
Also surviving are two sisters, Pat R. (Dale) Leech and Lynette M. (Michael) Dickson, sister-in-law Linda M. (Ed) Trump all of Plymouth, along with many nieces and nephews. He was preceded in death by his parents, Clayton and Ruth Bowman, step-mother, Lois E. Bowman, in-laws, Jerry and Betty Wilhelm and nephew Brad A. Trump. Visitation for Jerry will be held on Friday, February 15th from 5 â€“ 7 p.m. in the Johnson-Danielson Funeral Home, 1100 N. Michigan St., Plymouth. Services will be held in the funeral home on Saturday, February 16th at 10:30 a.m. with Life Celebrant, James Smart, officiating.
Interment will be at a later date in New Oakhill Cemetery in Plymouth.
Preferred are memorial gifts in Jerryâ€™s name to IU Health – Precision Genomics Program, 1030 W. Michigan St., Suite 3307, Indianapolis, IN 46202.