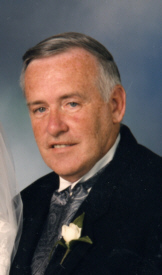 Jerry E. Nelson, 71, passed away peacefully early Thursday morning at his residence. Jerry was born September 18, 1944 in Argos, Indiana, to the late Maurice E. and Cleta R. (Miller) Nelson.
He graduated from Culver High School in 1963. Jerry served our country in the United States Marine Corp. Reserves from September 30, 1965 until being honorably discharged September 29, 1971.
Jerry was an electrician by trade and was a member of the I.B.E.W, working for several different companies. He later co-owned and operated C & I Electric, Inc. in Elkhart from 1983 until retiring in July of 2010. He was a past member of the Moose Lodge #599-Elkhart. He enjoyed watching sports; especially the Chicago White Sox and any sport that Notre Dame played. Jerry enjoyed collecting memorabilia. He loved to travel and also enjoyed the outdoors, as well as country music. Surviving are his daughter and son-in-law; Bridgett (Robert) Repay of Schererville, and their children; Benjamin and Samuel, daughter; Brenda Mabie of Valparaiso, and her children; Cory, Dylan, Makenzie and Oliver, daughter and a son-in-law; Mary Beth (Thomas) Bohling of Cedar Lake, and their children; Braden and Ethan. Also surviving are his two sisters and brothers-in-law; Linda (Michael) Weiner of Windsor, Colorado, and Diane (Richard) Swihart of Osceola, and Jerry’s companion of eleven years; Patricia Donat of Edwardsburg, Michigan. He was preceded in death by his parents.
Visitation will be on Monday, June 6, 2016 in the Johnson-Danielson Funeral Home from 11-1 PM. Funeral services will follow beginning at 1:00 PM, with Rev. Charles Krieg officiating.
Burial will follow in the New Oak Hill Cemetery.
Memorial contributions can be made to Chicago White Sox Charities (“CWSC”).