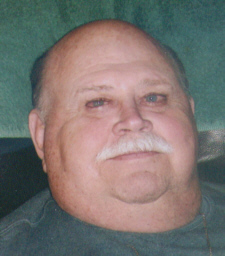 Jerry Lee Wilhelm, 67, formerly of Argos, Ind., then a resident for the past nine years of 1835 E. St. James Loop, Inverness, Fla., died at 1:58 p.m. of heart complications, on Thursday, August 2, 2007, in Citrus Memorial Hospital, Inverness, Fla.
Jerry was born in Plymouth, the son of Ermel D. and Bertha P. Flagg Wilhelm, on June 4, 1940. He graduated from Argos High School with the class of 1954.
He worked his apprenticeship and earned an Associate Degree in Science through General Motors, serving as a millwright for 36 years with Delco Electronics in Kokomo.
On November 4, 1961, in the Argos Congregational Christian Church, Jerry and Kay A. McCollough were married.
Jerry enjoyed life and had many interests. He loved riding his Harley-Davidson and was an avid Formula One Racing fan. He was an amateur gunsmith and collected guns and knives and enjoyed hunting and fishing. He was a computer enthusiast and was fairly accomplished at playing the Harmonica, Guitar, Bass and Ukulele.
He was of the Methodist faith and was a member of the Floral City Masonic Lodge # 133 F & AM and the Scottish Rite Valley of Ocala.
Jerry is survived by his devoted wife of 46 years, Kay, and by their three children, a son and two daughters and seven grandchildren.
Their son is: Christopher G. (Christine) Wilhelm, Argos, and their children, Kristen, Megan and Kyle: Jerlyn K. and Steve Robinson, Bourbon, and their son, Neil and Shelly A. Olivarez, Argos, and her children, Andrew, Nicholas and Whitney.
A brother, Stanley A. (Mary) Wilhelm, Argos, and a sister, Barbara A. Neidlinger, Culver, survive as well, together with several nieces and nephews.
Jerry was preceded in death by his parents.
Friends will be welcomed by the family to celebrate the life of Jerry Wilhelm on Wednesday, August 8, 2007, from 2 to 4 p.m. and 6 to 8 p.m. in the Johnson-Danielson Funeral Home, 1100 N. Michigan St., Plymouth, Ind.
Masonic Rites will be held that evening at 7 p.m. in the funeral home.
Funeral services for Jerry will be held at 11 a.m. on Thursday, August 9, 2007, in the funeral home. Pastor Dan Mundt of the Faith Outreach Center, Rochester, Ind. and the Rev. Dean Kring of the Cokesbury United Methodist Church in Hartwell, Georgia will officiate.
Burial will be in Maple Grove Cemetery, Argos, Ind.
Memorial gifts may be made to the American Diabetes Association.