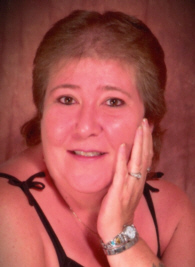 Jerry M. Humes, 49, passed away following an illness, in her home at 9:43 p.m. on Tuesday, May 24, 2016.
The daughter of Douglas and Mary (Ketcham) Sumpter, Jerry was born on July 21, 1966 in Bremen. She attended Bremen and Plymouth Schools and obtained her G.E.D. On December 26, 1984, Jerry and Ronald Lee Humes were married in Plymouth. Ron preceded her in death on October 18, 2009.
Jerry was a stay-at-home Mom, taking care of her children and other family members as needed.
She was an avid C.B. Radio fan, enjoyed having yard sales during the Blueberry Festival and fishing.
Jerry is survived by her fiancé; Randy Graham of Plymouth; her children: Matthew Clayton and Sarah Marie Sumpter-Humes of Argos and Misty Marie Humes of LaPorte; step-children: Michael Lee Humes of Anderson, Lori Ann and Scott Hammel of Argos, Kelly Lynn Clark of Peru, several grandchildren and one great granddaughter.
Also surviving are her sisters: Peggy Earnest of Ober, Linda Craig of Rochester and Katrina Sumpter of Plymouth; her brothers: Donald Dickson of Rochester, George Dickson of Plymouth, Edward Dickson of Pharr. Texas, Ricky Sumpter of Bremen and Roger Dickson of Elkhart.
Jerry was preceded in death by her parents and her husband, Ron.
Graveside services for Jerry will be held at 4:00 p.m. on Tuesday, May 31, 2016 at the Burr Oak Cemetery.
Johnson-Danielson funeral Home, 1100 N. Michigan St., Plymouth, is assisting the family with the arrangements.