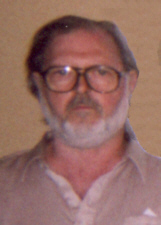 Jerry Ray Josleyn of Tyner, died on Sunday August 22, 2010 at 11:30 a.m. in the VA Northern Indiana Health Care Center, Marion, Indiana.
He was born the son of Clyde Ray and Mable Gaynell Huggins Josleyn on January 26, 1950 in Madisonville, Kentucky.
Jerry was a member of the United States Army.
He enjoyed fishing, mushroom hunting, hunting for Indian Head pennies, and using his metal detectors to find buried treasures. He was a member of the Church of the Heartland in Plymouth.
Jerry is survived by his mother Gaynell of Tyner, two sons Andrew Josleyn of Daytona Beach, FL; and Billy Myers of North Liberty; a daughter Jerilon & Bradley Christner of South Bend; and four grandchildren Anastatia, Naomi, Johnathan, and Darrian.
Also surviving are three sisters Judy Kuchel of Walkerton; Janis & Mark Smith of Plymouth; Lisa & Bennett Brennen of Tyner; two brothers Michael & Teresa Josleyn and John & Karen Josleyn both of Benton, KY. Several nieces and nephews survive as well.
He was preceded in death by his father, a sister Linda, and brother’s Benny and Doug.
The family will receive friends on Wednesday August 25, 2010 from 2-4 p.m. in the House of Prayer Church 12450 Plymouth-Goshen Trail Plymouth, IN 46563.
Funeral services will be held on Thursday August 26, 2010 at 2:30 p.m. in the House of Prayer Church. Rev. Herb Hiatt of the Church of the Heartland will officiate.
Burial will follow in New Oakhill Cemetery, Plymouth.
In lieu of flowers the family requests that memorial contributions in Jerry’s name be given to the family.