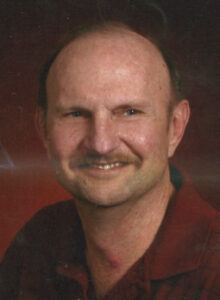 Jerry W. Berger, 11260 S. Michigan St., Plymouth, died at 3:18 a.m. on Wednesday, March 31, 2010, in the Hospice House of St. Joseph County.
Born in Plymouth the son of Glen and Cleo Samuels Berger on December 13, 1950, Jerry was 59 years old.
He graduated from Plymouth High School with the class of 1969 and from Purdue University in 1973.
On September 2, 1978, in Plymouth, Jerry and Janice Smith were married.
Jerry was a Customer Service Representative for Damon Industries, an RV manufacturer, for 15 years. He enjoyed music, reading, was an avid fisherman and enjoyed the company of his dog, Maxx.
He was a member of the Plymouth Wesleyan Church. He sang with the Maxinkuckee Players and Singers and worked with the Christmas in April program.
Jerry is survived by his loving wife, Janice and by their five children: Lisa Ann Berger, Morris, Ill: Tracey Shorter, Winamac, IN; Robert Hughes, Nappanee, IN; Angela Woodcox, LaPorte, IN and Brian Soales, Fort Wayne, IN. Seven grandsons and five granddaughters also survive. They are grandsons: Derrick and Robbie Chambers; Corey Hughes; Michael Shorter; Austin Woodcox and Conner and Wyatt Soales.
Granddaughters are: Jamie Shorter; Erin and Samantha Glenn and Emily and Abigail Soales.
Jerry’s parent’s: Glen and Cleo Berger, Plymouth, IN and two sisters survive as well: Lu Jeane (Dennis) Olejniczak, Argos, IN and Glenda (Chris) Baumann, Colorado Springs, Colo.
Friends will be welcomed to share memories with Jerry’s family at the Johnson-Danielson Funeral Home, 1100 N. Michigan St., Plymouth, on Friday, April 2, 2010, from 3 to 8 p.m. and Saturday at the church, one hour prior to the services.
Funeral services for Jerry will be held at 2:00 p.m. on Saturday, April 3, 2010 at the Plymouth Wesleyan Church, 11203 South Michigan Road, Plymouth.The Rev. John Branch, a pastor of the church and the Rev. Barry Faucett will officiate.
Burial will be in New Oakhill Cemetery, Plymouth.
Memorial gifts in Jerry’s name may be made to the Center for Hospice and Palliative Care, 112 S. Center Street, Plymouth, IN 46563.